Sears Holding is planning on close 72 more stores as the department store chain attempts to rectify its long-running sales crisis. 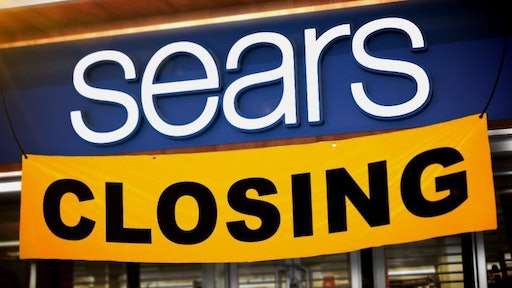 Sears Holding is planning on close 72 more stores as the department store chain attempts to rectify its long-running sales crisis, USA Today reports. The list of stores being closed down has not been revealed at the time of this publication.

The company has been closing down stores at a rapid pace in an attempt to turnaround sales. However, results are wary.

USA Today reports that the new round of closures represent around 8 percent of the company's remaining 899 stores. The company says that the closures will begin in the "near future" and that it will be complete by November. Over the last year Sears Holding has closed 530 stores.

Overall, sales at stores fell 11.9 percent during the latest quarter, including 13.4 percent at Sears locations and 9.5 percent at Kmart stores, according to USA Today. The retailer did see a rise in same-store sales in apparel, footwear and jewelry, though.

Sears is also hoping that sales will increase after it announced its new partnership with e-commerce giant Amazon.

Sears and Amazon Team Up for Tire Installation

Intelligent machines can’t do it alone—they need to be paired with humans to deliver transformational results.
Accenture
October 6, 2021

Among all respondents, 99% agreed being part of the supply chain is a quality career choice, with 95% expressing excitement for their development track and training opportunities.
Council of Supply Chain Management Professionals (CSCMP)
October 1, 2021

More than half (53%) of North American survey respondents stated that supplier diversity is a “high priority,” but this fell to just 17% among European organizations.
JAGGAER
September 22, 2021

There is no better time to expand your knowledge on supply chain than right now. Together, we can tighten the labor gap and bring supply chain management to the forefront. Because the supply chain matters.
Marina Mayer
September 22, 2021

While it’s admirable to look at the steps many companies have taken in making their ranks more gender-diverse, there are millions more qualified women out there who are available to fill many of these still-open positions.
Fleet Advantage
September 17, 2021

How Healthcare Supply Chain Operations Prepare for the Next Crisis

The pandemic presented many challenges for supply chain operations, but also taught valuable lessons to help ensure that systems are stronger in the future.
Intermountain Healthcare
August 28, 2021
Events

Two in three (66%) respondents from the talent community said they plan to look for new opportunity in the next 6 months.
DSJ Global
August 18, 2021
Follow Us