Sears Holdings has reportedly been in contact with banks to arrange the financing necessary to file for bankruptcy. 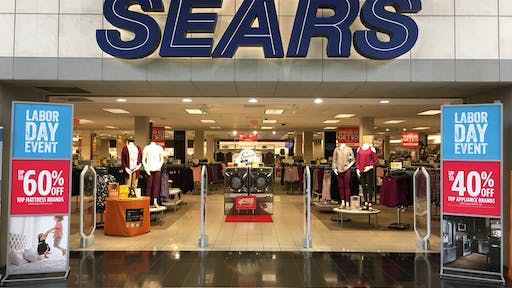 Sears Holdings has reportedly been in contact with banks to arrange the financing necessary to file for bankruptcy after being in business for 125 years, CNBC reports.

CNBC reports that the "debtor-in-possession" loan is a sign that the department store chain may file after 8 consecutive years of losses. The company has a $134 million debt payment due on Monday, and it has previously said it may not be able to cover it.

However, the bankruptcy filing is not definite. CEO Eddie Lampert's hedge fund, ESL Investments, has proposed a restructuring, and he has also offered to buy some of the company's remaining key assets through the fund. However, CNBC reports, it is unclear if lenders will agree to it.

Sears has been working with advisers to help prepare for a bankruptcy filing that could come as soon as this week.

For years Sears has been struggling to maintain foot traffic as online shopping gained popularity. The last year the store was profitable was in 2010, and analysts say that the retailer would need to generate more than $1 billion a year to keep running. Sears currently has less than 900 stores operating with layoffs being stead as more stores close.

CNBC reports that Sears has been selling its best assets to pay down on debt, leaving it with little money to invest in its stores. Vendors are wary of the store's empty shelves and have demanded tighter payment terms.

The committee has grown frustrated with Lampert's slow pace and has refused to approve his rescue plan, CNBC reports. Experts have suggested Sears made itself vulnerable to lawsuits by selling its assets to pay its debt rather than put more money towards rehabilitating the company.