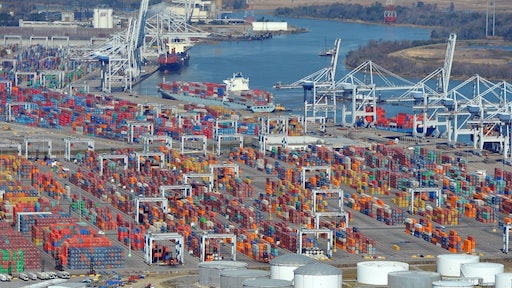 Ocean freight rates for cargo moving under contracts on the major East-West trade routes fell by another 18 percent between February and May, according to Drewry’s Benchmarking Club, a closed user group of multinational retailers and manufacturers that closely monitor their contract freight rates.

The Drewry Benchmarking Club Contract Rate Index, based on average transpacific and Asia-Europe contract freight rate data provided confidentially by shippers, now declined by 29 percent in the year to May, as shippers secured, first, big cuts in Asia-Europe annual contract rates and, second, considerable reductions in their transpacific rates effective from May.

Drewry can confirm that it also secured for shippers more than 30 percent reductions in contract rates for new contracts starting from the second quarter via its new eSourcing Ocean Freight SolutionT platform.

“The price war between carriers in the container shipping market continues and this is, for now, resulting in substantial reductions in contract rates for exporters and importers buying under contract,” said Philip Damas, head of the logistics practice of Drewry.

The specialized procurement consultant said that the number of companies in the Drewry benchmarking club doubled in the year to May. “More and more companies are realizing both the tactical and the ongoing management value of benchmarking both costs and carrier service features,” Damas added. Comparative transit times, service quality aspects and free time days are also provided to users.

While exporters and importers are enjoying big reductions in their ocean procurement costs this year, the next trend for shippers could be how to identify and work more with carriers that can maintain reliable service levels despite their revenue pressures, and the risk of carrier or alliance service instability.

Confidential, detailed benchmark data on contract rates is shared only within the shipper-only closed user group. But Drewry publishes both weekly and monthly spot rate indices for more than 10 years, which are widely distributed and used for indexing.