Digitized data and end-to-end visibility will free up valuable time and resources and minimize the crippling “cost of doing business.” 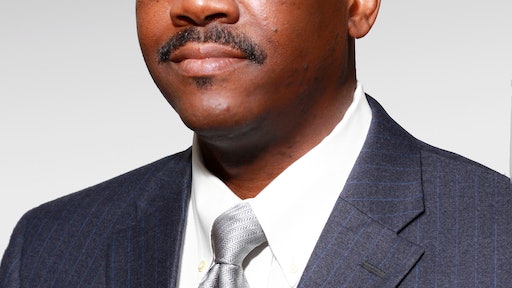 Fact: A billion-dollar company will waste about $15 million annually due to a lack of control. As competition in the middle market supply chain continues to grow rapidly, executives in the C-suite are scrambling to trim the fat from their budgets to remain competitive. While vendor contracts and personnel are two expenditures most likely to be scrutinized first, many stakeholders are failing to recognize a much more draining weight on their books: indirect spend.

Finance executives tend to treat indirect spend as minor ad hoc purchases. Smaller expenses, such as an extra box of tissues, business cards, cleaning products or even the paper checks used to make purchases, may seem inconsequential when purchased piecemeal. However, when scaled up for an entire organization, these small purchases are far from insignificant. Indirect purchases can quietly bleed hundreds of thousands of dollars from a company’s budget each year. Alone, indirect spend can make up to 20 percent of total company spend, and may involve up to 80 percent of a business’ total suppliers.

Indirect spend is often managed independently within specific functional areas of a company, and an overwhelming majority of supply management units keep their own information and data siloed. Thus, procurement professionals who play a pivotal role in the product or manufacturing groups lack the visibility and ability to control indirect spend throughout the organization. A 2017 survey of middle market professionals reported that almost half of respondents claim their company organizes indirect spend purchases regionally, rather than operating uniformly across all branches of the company.

One of the main steps to reduce costs is to break down these inefficient and prohibitive silos. Since many businesses are comprised of multiple locations and departments, a business’ centralized data should connect everything in one (digital) place. By aggregating all data into a single, multi-department system, a company’s analytic capabilities grow exponentially, which allows for a holistic picture of the financial drain on the budget.

While identifying a budgetary drain in a middle market company is a Herculean task on its own, some executives claim that the inherent complexities of their supply chain make it challenging to consolidate and digitize processes. According to the 2017 Supply Chain Worldwide Survey, seven in 10 respondents reported that their supply chain was very or extremely complex. While this hurdle may deter some executives from initiating a digital overhaul, the long term benefits of adopting a holistic, centralized system may prove to be more beneficial than continuing to allow for budgetary leaks.

Relying on data and digitized documentation rather than a mess of paper documents streamlines the procure-to-pay process and allows for greater accuracy and agility with suppliers and vendors. The survey reports that the third most important priority for procurement professionals is full visibility. This is up from being sixth on the list of priorities in 2015.

When used across internal silos, consolidated data can reduce companies’ spend management discrepancies and increase the efficiency of its processes.

By embracing centralized, holistic technologies, businesses will have the ability to identify and end indirect spending leaks and budgetary drains without adding unnecessary overhead. The added efficiency and accuracy created through digitized data and end-to-end visibility will free up valuable time and resources and minimize the crippling “cost of doing business.”

Getting a Handle on Indirect Spend

Succeeding in the World of Indirect Spend

Gain Visibility Into Your Spend Today