Pros to Know: Where are They Now – Jason Averill of Avercast 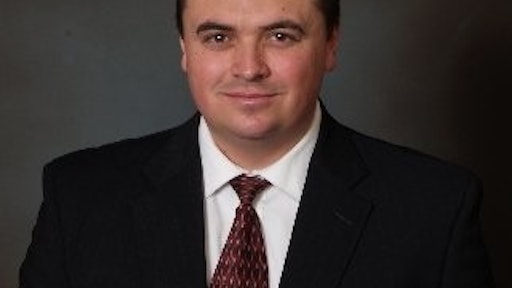 For as long as Jason Averill, president and CEO of Avercast, can remember he has been involved in the supply chain. In fact, at the age of 14, he decided that it was what he wanted to do with his life.

“I was 14 years old. The first time my dad took me with him into a boardroom. My dad dressed me in a very nice suit and took me in. I got to rub shoulders with the CEO and the COO and they treated me just like I was an equal. That was it - I was hooked from that day on,” says Averill.

Averill has helped build web-based forecasting, planning and collaboration tools crucial to everyday operations, making him a multi-year winner of the Pros to Know award, most recently winning in 2019. Meanwhile, his overall passion for the industry has helped him earn his spot as one of Supply & Demand Chain Executive’s Top Pros to Know over the last 20 years.

With Supply & Demand Chain Executive celebrating its 20-year anniversary, the editorial team has been watching and reporting how the industry has changed over the last two decades. One thing remains unchanged, though -- the supply chain and logistics industry thrives on meaningful and consistent leadership.

“It means the world to me. I'm very appreciative and it truly is an honor,” says Averill. “It means a lot to have people be recognized for what they do. And, in the supply chain industry, demand planners get it, they don't always get recognized. I consider SDCE kind of the authority on the who's who in our industry, and and there's no greater honor.”

Avercast is a family business and was founded by Averill’s father, Gene, with three generations of Averills working for it. He explains that his father instilled values within the business to be straightforward, forthright with people and to continuously prove to customers why Avercast is the best choice for customers as the supply chain industry rapidly changes.

“There's been significant enhancements recently with machine learning and artificial intelligence that help computers think more like a human to help the human users be more efficient in what they're doing.,” says Averill. “We don't believe that a machine will completely ever replace a person doing that role. Forecasting and demand planning is part science, but it's also part art. And, it's very important that you have that human component and somebody who can kind of look at what the machine is suggesting and make an intelligent decision based on that data.”

Averill believes that the world – not just the supply chain – is currently in an information age. More often, consumers are required to put everything into apps, while some have the ability to pull reports directly through the apps.

“We get a lot of requests from senior management to have their five favorite apps that they can manage right in their own pocket. They don't necessarily want to dive into Avercast itself; they just want to see their favorite reports and keep tabs on those demand planners that they have,” explains Averill. “It's kind of the way of the future. It's all moving to usability of use and access through apps.”

Regardless of how technology advances, people are still needed in the workforce, and oftentimes they are wearing multiple hats in order to keep their business successful. However, it is important to treat employees as equals and give them achievable goals.

“I found that where smart upper management will improperly incentivize demand planning teams, they always outperform those that are not incentivized, or the ones that just get beat up all the time because they either have too much or not enough inventory. So, there's an art form to right sizing that inventory and it is achievable,” says Averill.

Still, we are living an in interconnected world, and that means putting in more work than ever. Averill explains that businesses cannot be isolated anymore. Companies utilizing internet tools correctly can reach new markets all over the world.

“It is entirely possible to deploy an enterprise level software solution utilizing tools over the internet, to deploy them, to test, to put into a test environment and to move to a production environment,” says Averill. “It's so much easier now. We can save so much time, money and energy by just having face-to-face meetings [over Zoom] to deploy the same tools and have exceptional results. Everything is globalized, so it's important to have education like supply chain management because it covers so much more than just the moving of goods.”

Pros to Know: Where are They Now – Lisa Ellram of Miami University

Pros to Know: Where are They Now – Patricia Moser

Pros to Know: Where are They Now – Ann Drake, AWESOME (Advancing Women’s Excellence in Supply Chain Operations, Management, and Education)