Pros to Know: Where are They Now -- Mark Burstein 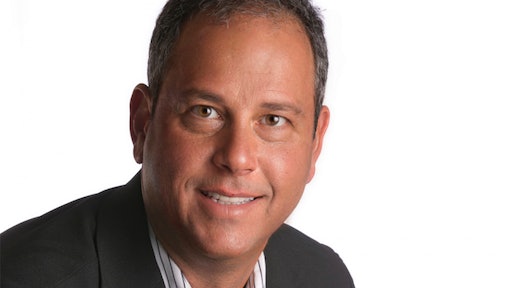 The supply chain relies on innovations. And the people behind these additions are not a one-trick pony – they are often looking for a solution to the next problem.

“I think the first thing that really makes someone qualified is that they have to understand the industry that they serve, when they have to be able to have the foresight to know where it's going,” says Mark Burstein, president and chief strategy officer of NGC Software. “If they can do that and make a digital supply chain transformation, they need to make it understandable and meaningful.”

With Supply & Demand Chain Executive celebrating its 20-year anniversary the editorial team has been watching and reporting how the industry has changed over the last two decades. One thing remains unchanged, though -- the supply chain and logistics industry thrives on meaningful and consistent leadership.

The annual Pros to Know award recognizes professionals for their accomplishments in leveraging the supply chain industry for competitive advantage. For the last 20 years, SDCE has honored these Provider, Practitioner and Provider Team Pros to Knows by highlighting their achievements. Now, we look back at some of the top Pros to Know over the years to see what they have been up to since they last received the award.

Burstein continues to be an essential member of the supply chain industry since being named SDCE’s 2018 Pro to Know of the Year. In the last two years, NGC Software and sister company Logility have integrated on a single platform, ensuring that they are sending the correct products to the places where people want to buy it. In addition, he has helped implement a sustainability component within NGC Software’s cloud platform that allows users to track all of the tiers within the supply chain from material all the way down to the consumer.

But Burstein’s innovation isn’t just limited in an office setting. Like most citizens, he was impacted by the Coronavirus disease (COVID-19) pandemic and had to limit his visits to stores, only buying essential goods in person. However, it was when he was standing in a long line that an idea struck him. What if you shopped by appointment?

“Now, I understand why people stand in line to buy food, but I wasn't going to stand in the 90-minute line to buy spray paint. So, I thought about the industry that I'm in, which is fashion retail. So, I came up with the concept of shopping by appointment, similar to how Open Table schedules reservations at restaurants,” says Burstein. “Once you make your reservation you get a QR code delivered right to your phone. And, now you have an appointment to go to a store and go shopping. It eliminates the lines and eliminates the mobs which is what will happen when the stores open.”

“Now everybody makes an appointment and you can manage and monitor who is in the store, are they staying within capacity all in real time. And not only that, you can actually offer consumers an incentive you make a reservation, when you check out you get an extra 5% of your purchase,” he explains.

Typically, that type of platform would’ve taken Burstein three months to build and test to scale. However, he worked with the officials at FareHarbor - whose customers include Booking.com, Expedia and TripAdvisor – on a Friday and they were able to build out a platform by the following Monday.

“It’s rolling out and is getting a lot of interest from retailers, malls and governments at all levels,” says Burstein. “It not only provides safety because now we know how what people are coming in, but imagine the efficiency. My goal is: how do we open [stores and states] in an orderly and efficient manner that protects the consumers.”

The repercussions of COVID-19 is expected to hit the clothing and fashion industry hard as people aren’t spending money on clothes, and designers can’t get materials that are often sourced overseas.

“The problem that I'm seeing is twofold. Number one, you're going to have retailers that are getting hoarding cash right now, so they're not selling. We saw J. Crew go bankrupt and Neiman Marcus also went bankrupt today, We’re probably going to see some other retailers go. We’re going to see a lot of the stores downsize. That’s one aspect,” says Burstein. “The big problems is going to come when we need to bring more goods. You have retailers that had enough capital to last six to nine months, but factories maybe have enough capital to last 30 days. You're going to see a lot of these factories going out of business. What does that do to supply now?”

Meanwhile, there are already stores that are struggling with having too much inventory to begin with. Because of this, Burstein has begun working on the “COVID-19 Recovery Capsule” solution. It uses artificial intelligence (AI) to determine where and when to deploy inventory to achieve the fastest turn and highest ROI. According to Burstein, inventory deployment speed, inventory turn and cash flow will be a huge focus for the balance of 2020 and possibly beyond.

Innovative minds like Burstein aren’t just limited to the software and technology sector. He encourages young professionals to find a role within the industry that is the best fit for your character and temperament. Afterall, if you remain curious, you can have a rewarding career.

“I feel honored to be included in the Pro to Know fraternity every year. But, in 2018, being recognized as the Pro of the Year was a significant milestone in my career that I think about often,” he says. “As with every accomplishment, it’s always a team effort. My team was as proud of me winning that award as they were because they know that they contributed. And, you know, we're passionate about what we do, and we're continuously innovating, to try to help our customers be successful. So, that's really what we go to work for every day.”

Pros to Know: Where are They Now -- Tara Buchler of BluJay Solutions

May 23, 2014
Latest in Professional Development

Women in Supply Chain: Being Open to Asking for Help Makes Great Leaders

Katie Ekstrand, Director of Inside Sales for Steel King and one of this year's Women in Supply Chain award winners, says being open to asking for help and communicating constantly are signs of a good leader.
Steel King Industries
November 1, 2022

A recent ProGlove survey found that 74% of warehouse leadership are concerned about maintaining productivity levels in the warehouse.
ProGlove
October 28, 2022
Follow Us