The iconic Philadelphia baker discovers the ROI in forecasting without bias. 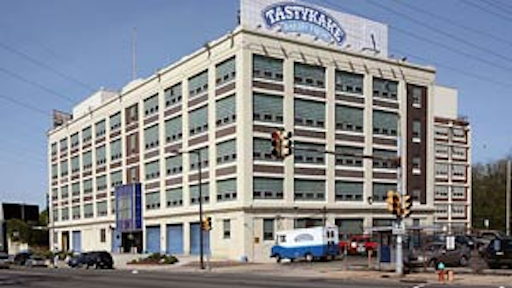 Since adopting John Galt Solutions’ application in mid-2006, Tasty Baking has maintained its customer fulfillment rate consistently at 98.5 percent or above, while its forecast error has dropped significantly.

A couple years ago Tasty Baking Company undertook an initiative to trim the fat out of its forecast error by deploying a new demand forecasting process. The goals were typical for this type of project: improve forecast accuracy and, ultimately, lower inventories. But along the way the company reaped another important return on its investment as it learned the value of forecasting without bias.

Moving to a New Solution

Philadelphia-based Tasty Baking is a 94-year-old institution that has grown its iconic Tastykake brand of baked products into a $270 million business. The company completed its nine-month implementation of the SAP R/3 enterprise resource planning system in November 2004. Part of the deployment included putting in place a spreadsheet-based forecasting process, but Tasty Baking opted not to install the SAP Advanced Planning and Optimization (APO) solution, primarily due to cost and time considerations, according to Jeff Marthins, director of supply chain operations with the company.

Marthins explains that to create a forecast, the company's five regional managers, a key account manager and Wal-Mart account manager would receive a spreadsheet with historical demand data and a blank Excel document that they would fill in with their forecasts for the next 12 to 16 weeks. But Tasty Baking found that this manual process was not producing reliable results. "It was not accurate enough, and it did not get down to the item level that we needed," Marthins says. In the end, Marthins and his team elected to find a commercial solution that would be fast to deploy, easy for the company's forecasters to adopt, and SAP- and Excel-based to fit into Tasty Baking's current IT infrastructure and processes. "We also wanted a solution that was compatible with a company our size, but that we could grow with, too," Marthins says.

Tasty Baking ran a "bakeoff" that had three providers' solutions piloting with the company's own data before ultimately choosing the ForecastX Wizard application from Chicago-based John Galt Solutions in mid-2006. The decision came down to the solution's accuracy, based on its performance with Tasty Baking's data, and to its ease of use and adoption — ForecastX Wizard is an Excel add-in, so the adoption curve for Tasty Baking's forecasters was minimal, according to Marthins. The supply chain director attended a two-day training session on the solution in Chicago and then instructed the company's staff on how to use the new tool. Tasty Baking went live with the solution in May 2006.

The current monthly forecasting process at Tasty Baking involves Marthins inputting assumptions into ForecastX Wizard based on historical data for each of 176 stock keeping units (SKUs) for each of the upcoming 16 weeks. A spreadsheet file goes out to the regional and account managers, who are able to tweak the figures for each week based on their market intelligence, new product launch plans or other factors. The managers return the spreadsheet with their revised figures, which are reviewed at the executive level during a newly instituted monthly consensus meeting.

The company then incorporates the approved forecasts into its production plans for the upcoming month and subsequent weeks. Procurement also gets the forecasts and takes the projected figures into account as it plans purchases. Procurement also shares the forecasts with a segment of the supply base so that the suppliers can leverage their own buys of raw materials, better plan their schedules and reduce their costs and operating expenses.

Since adopting the solution in mid-2006, Tasty Baking has maintained its customer fulfillment rate consistently at 98.5 percent or above, while its forecast error has dropped significantly, according to Marthins. He estimates for one region, for example, the error rate dropped from as high as 30 percent to about 10 percent. "Some of our core markets right now, as a group, probably average in the 5-6 percent error range, and then when you roll up all the categories, we're probably within 2 percent. At SKU level I would say we're probably in the 15-16 percent range if we do a weighted MAPE," Marthins says, referring to the mean absolute percentage error calculation used to assign a value to forecast accuracy.

Equally as important, Tasty Baking has realized a 16 percent reduction in its inventory of packaging and materials on hand as the improved forecast signals filter back into production planning and procurement. And the company has reduced its outages of packaging and ingredients by about 75 percent, according to Marthins' estimate.

Reflecting on the evolution of demand forecasting at Tasty Baking over the past three years, Marthins says that learning to trust that the forecast will prove accurate has required, at times, a difficult leap of faith. "Trusting the forecast isn't always the easiest thing," he says. "There have been some nights where I'm crossing my fingers and saying, 'Please come in.'" But perhaps the most important lesson, he notes, has been that demand planners must learn to "forecast without bias," that is, provide honest, accurate estimates rather than submit the numbers that they think senior management wants to see. "People didn't understand before what it meant if they gave us a bad forecast," Marthins says, "that if they called it too low, then we may not have a product to fulfill their order, or if they called it too high, we might wind up sending aged product."

Part of the culture change toward providing unbiased forecasts came with the institution of the monthly consensus meetings, which ensured senior management buy-in to the whole forecasting process and the importance of obtaining accurate projections. "The new management team understood that if you're forecasting under budget, that's the reality, and we need to use that time to react and do what we can to increase sales," the supply chain director says. "Getting everyone to accept the forecast for what it is, was huge."

Looking forward, Marthins says that Tasty Baking will continue to push for further increases in forecast accuracy and additional reductions in inventory. The company is adopting the Premium Edition of John Galt's solution, which will allow it to do forecasts at a hierarchy level, potentially driving further improvements in accuracy. Tasty Baking also is eyeing incorporating promotion planning and event management into its demand planning process.

The most surprising impact of moving to the new forecasting process, Marthins says, has been the way that the company's different functions have been able to come together around the "one number" consensus forecast. "I never expected that we would get to one set of numbers. Now the forecast comes out, it's reviewed and then everyone works off the same forecast. It's really broken down the silos and brought everybody together, and it really does help the business flow a whole lot easier."

The study revealed the challenges procurement teams face when it comes to achieving business objectives and the wide and growing gap in performance between advanced and less mature teams.
Ivalua Inc.
April 6, 2020
Latest