Shippers said reduced costs and better reliability are the most important benefits of autonomous truck adoption. 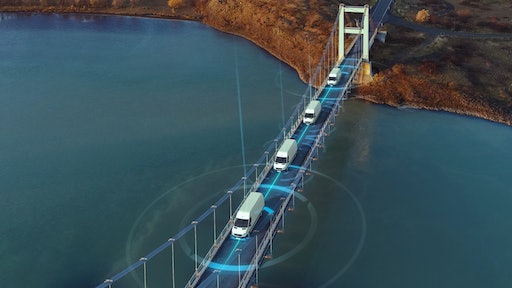 Autonomous trucks are set to augment the freight and logistics landscape. In fact, three-quarters of respondents (76%) said they were extremely likely or somewhat likely to consider an autonomous freight solution in the future, according to Uber Freight.

“Overall, our survey suggests that a substantial number of shippers are excited to use autonomous trucks in the future, and they are asking important questions about the safety of autonomous trucks and their impact on business operations. This tells us that shippers are genuinely invested in the continued emergence of self-driving technology and its potential impact on the future of freight,” Uber Freight says.

In just the past five years, the supply chain industry has seen massive changes in how its processes work across the entire sector.
A. Duie Pyle
September 13, 2022

President Biden's 60-day cooling period expires Sept. 16, and only Congress can act to prevent a work stoppage. Otherwise, nearly 30% of the nation's freight will come to a grinding halt.
Marina Mayer
September 12, 2022

The artificial intelligence (AI)-powered dashboard provides the next level of control, clarity and actionable insights to improve and predict ETAs.
DispatchTrack
August 25, 2022

A decline in consumer spending could lead to an inventory correction in future quarters.
Transportation Intermediaries Association (TIA)
August 25, 2022

There are Fewer Truck Drivers These Days. Why?

As the world is dealing with the effects of what Forbes is calling, “Great Supply Chain Disruption” and its consequent challenges like rising consumer prices, a serious shortage of truck drivers is often cited as the reason for the persistent problems.
Dolly
August 22, 2022

For context, ACT Research saw Class 8 orders rise 16% sequentially in June, cancellations fall to a 12-year low, build rise to its highest level this cycle and heavy-duty retail sales jump to their best result of the year.
ACT Research
August 16, 2022