In a move that may pit the retailer against President Trump's "Made in America" push, Wal-Mart is recruiting vendors in China and other countries to boost its online offerings. 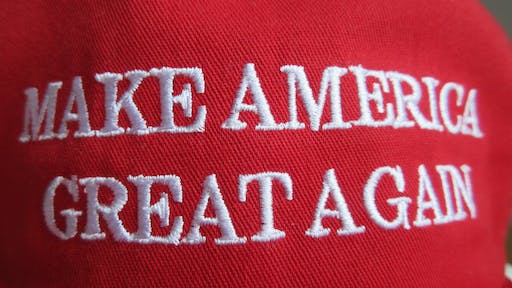 Walmart.com, trailing Amazon.com in the number of goods for sale on its website, is recruiting vendors in China and other countries to boost its online offerings in a pivot away from Wal-Mart's Made-in-America campaign.

While there is a financial incentive behind the move, Wal-Mart's decision comes out of necessity: not all the goods its customers want—ranging from jeans to bicycles to beauty products—are manufactured within the United States.

That reality pits Wal-Mart against President Donald Trump's "Made in America" push. It also risks alienating some of Wal-Mart's existing U.S. vendors since it runs counter to the American-made pledge the retailer made in 2013 in a bid to win customers and satisfy unions and other critics who said its drive for low cost goods was undermining American jobs.

Walmart Products Can Now be Purchased on Google

Oak Street Bootmakers Carries on the Art of American Shoemaking