Almost 120 years after Rudolf Diesel filed the patent on his namesake engine design, truck manufacturers are still looking for more power while reducing carbon impact of the diesel 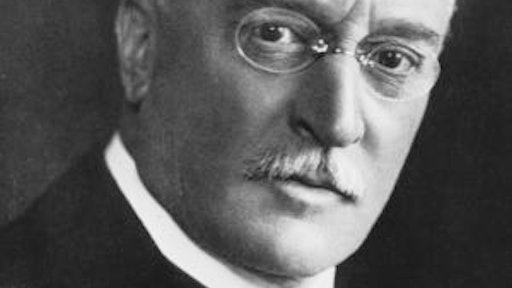 New York — October 20, 2009 — The environmental demands on trucks are becoming steadily tougher, and already this autumn emissions will be toughened still further in Europe. Pressure for the development of environmentally optimized technology is increasing, but the answer need not lie solely with electric and hybrid solutions.

Tomorrow's most energy-efficient engines are already more than a 100 years old. All the indicators are that the diesel engine still has a lot to give.

Rudolf Diesel could scarcely have been aware of the historic importance of the patent application he submitted to Kaiserlichen Patentamt in Berlin in February 1892. His application bore the modest title "Neue, rationelle Wärmekraftmaschine" ("New Efficient Thermal Engine"), yet the invention he presented was anything but modest. Behind patent number 67207 lay a combustion engine that was far more efficient than any of the steam- or gas-powered engines that were common at the end of the 19th century.

Today the diesel engine is one of the most exciting and promising technologies in the hunt for new engine solutions for an increasingly eco-aware and resource-efficient world. The reason for the diesel engine's success lies in Rudolf Diesel's original idea: to create an engine with the maximum "thermodynamic efficiency rating" — something that is achieved when as much as possible of the fuel's energy is used to propel the vehicle instead of literally going up in smoke. What is special about the diesel engine is that it compresses both air and fuel under immensely high pressure. When the fuel in the cylinder ignites owing to the heat generated by the high degree of compression, this generates the power that sets the piston in motion.

So what exactly has happened over these past decades?

"The diesel engine's development can be divided into three stages," says Maximilian Prager, expert in combustion engines at the Technical University of Munich. "The first step was the rapid development of the fuel injection system, which took place in the early 1900s. Around 1940 system pressure had increased from 300 bar to more than 700 bar, which meant combustion was both quicker and more efficient."

The second step, Prager says, was taken with the development of new air compressors, a component that soon became a problem since compressors at the end of the 1800s were both large and heavy. "With the mechanical supercharger and later the turbine-propelled turbocharger, which Volvo Trucks was the first company to introduce in trucks with the unveiling of the TD100 in 1956, air pressure could be doubled from 2 bar to more than 4 bar. This further improved the engine's efficiency," Prager says.

"The most recent major step," he says, "came with the development of the electronic common rail injection system at the start of the 1990s. This builds up a kind of pressure reserve that can be used to inject fuel several times per operating cycle. This both raises the power output of the engine and reduces emissions."

All these improvements meant that the diesel engine could strengthen its lead over other engine types. A conventional petrol engine, for instance, today offers a maximum efficiency rating of about 40 percent, which in terms of fuel consumption gives far lower overall efficiency.

The diesel engine's high energy efficiency puts it in the lead even when it comes to emissions. However, it was long regarded as "dirty" since it produced large quantities of visible smoke consisting of unburned carbon. Nonetheless, with the development of modern particle filters these emissions have been cut to a minimum. And with the latest selective catalytic reduction (SCR) technology, emissions of nitrogen oxides too have been considerably reduced.

Clear-cut examples of how the diesel engine has been improved over the years can be found, for instance, in Volvo Trucks' engines, which in the space of just 20 years have become 100 times cleaner in terms of emissions of climate-impacting air pollutants. In parallel, power output has increased by 100 percent in 35 years. Not least the flagship Volvo FH16, with its 700 hp engine — the world's strongest truck — has succeeded in combining performance with environmental consideration in an entirely new way. The truck builds further on SCR technology, but with the help of a range of new technical solutions, including a new oil thermostat, improved exhaust brake, new piston design and a new type of engine oil, it has succeeded in maintaining fuel consumption despite record-breaking power levels.

"By further developing the exhaust brake, which helps reduce the burden on the wheel brakes through electronic control, we have been able to delete a number of moving parts," explains Henrik Ask, engineer and project manager for the new D16 engine at Volvo Trucks. "This results in better reliability, reduced weight and improved control."

Through optimized combustion and improved exhaust filtration, the other engines in the latest Volvo Trucks driveline range have also been made both more fuel-efficient and cleaner than ever. For a truck with the best-selling 13-litre engine and automatic Volvo I-Shift transmission, for instance, fuel consumption and carbon dioxide emissions are cut by up to 3 percent in one single move.

The new generation of engines meets the European Union's new exhaust filtration standards, Euro 5, which will come into force in October this year. Among other things, these standards reduce nitrogen oxide emissions by about 40 percent compared with the previous Euro 4 standard.

But if all this is already history, what can we say about the diesel engine's future?

"The next 10 to 15 years will be tough for engine developers as regards the increasingly stringent exhaust emission requirements," says Prager. "However, I believe that, for example, Volvo Trucks' strategy — focusing on optimizing both combustion in the engine and after-treatment of the exhaust gases — is the right way ahead. Focusing solely on combustion with high efficiency at low emissions will be too expensive."

At the same time, there is immense potential in the new diesel technologies that are currently being developed, he feels. Biofuels could help further cut emissions, and hybrid diesels with single-point technology, where the diesel engine is optimized solely for long-distance operation, for instance, may promote both higher efficiency and lower production costs in the future.

"There is immense potential in the diesel engine, primarily for large engines [that] have to work both hard and long. The diesel engine's high efficiency rating makes it quite simply indispensable in the development of tomorrow's engines," Prager concludes.

More facts about the new D16 engine from Volvo Trucks