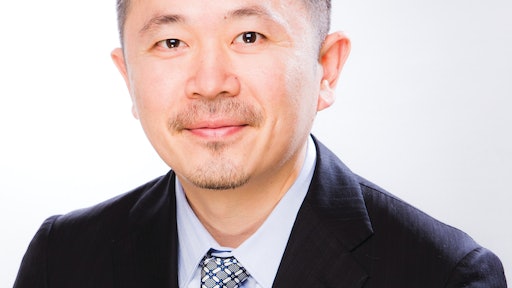 Over the past 30 years, most nations became more dependent upon others to promote their own economic development and to import the goods and services not made in their own country. And while recent trends and reports show that major companies in the U.S. appear to have started reshoring—or at least are seriously considering it—I do not necessarily trust reshoring to be such a clear economic benefit to a company.

It is widely known that the American manufacturing capacity and the jobs in this sector significantly diminished in the past decade. According to the Federal Reserve, U.S. industrial production since 2007 (the base year when data last hit 100 percent) decreased anywhere from 10 to 18 percent. And because of China alone, an estimated 2.1 million manufacturing jobs left the American economy since 2001.

Truth be told, if all former American manufacturing jobs and capacity that disappeared then were truly economically feasible, they would have endured the test of time. They left because the economics of the marketplace and the related demands that affected them dictated that they were no longer needed. As such, there was no cost benefit justification for their existence.

But China, India and a number of the emerging Southeast Asian nations continue to undergo inflation combined with increasing labor costs. As such, to have a corporate overseas plant or manufacturing facility became much less attractive.

Even so, for a company to reshore manufacturing to the U.S. requires capital to create jobs and payroll; and a physical plant for processing, production and inventory storage. There is a depreciating capital investment in equipment and employees laden with heavy federal/state legal requirements and regulations. There is also the risk element on whether or not the manufacturing and production of these material goods will be an effective economic fit into a company’s operations. All of these factors have an impact on start-up costs and must be weighed to determine if reshoring is the right move. For the capital and equity utilized for such actions could have otherwise been invested elsewhere to make a definite income return.

One overlooked aspect of whether or not it is cost competitive for major companies to reshore is the continued ability by many of them to do procurement; issuance of purchase orders (PO’s); and contract out for finished goods inventory. Fulfillment here is often transacted through small business and entrepreneurial vendors, distributors or suppliers. They are eager to work within the criteria of the PO provided by a big company in order to obtain the opportunity. Through natural supply and demand marketplace economics and competition, these enterprises will do their utmost to keep their costs at a minimum in order to be profitable. As part of this they will take the initiative to be accountable on all aspects of the transaction whether it is quality control; integrity of inventory; or proper shipping and delivery. These small business owners often do their best to cooperate with the big company to maintain a strong relationship and renewal opportunities.

To weigh this playing field against the long-term financial commitment and issues required to ramp up reshoring, the latter poses the greatest risk for a company to incur higher costs and perhaps, suffer losses. Part of the threat a company is faced with in the creation of a reshoring operation is the permanent status of such an undertaking that can become embedded in an organization. It may not be easy to extricate and costly to abort or phase out.

Many large American companies faced financial pressures or distress. One major camera and photography equipment/supplies manufacturer we speak to now looks to continue to pare down its operations and personnel, rather than to launch new units that reshoring would pose. If anything, they continue to become more dependent on the competence of their supply chain where reliance on outside, independent vendors and producers increased. Import/export trade credit is a method to finance the ability of these engaged vendors to produce goods, inventory and material, in a way compatible with the needs of the camera company. Over the past several years and for the foreseeable future, banks and their regulators implemented harsh credit policies. They typically will not finance these transactions for an unexceptional entity with a questionable credit score, where the receivable representing a sizable amount of income for the small business owner must be collected and made whole in another country.

Also, consider how many American companies perceived as manufactured brands are merely licensing and branding entities—which are very much tied into contracted-out vendor, supplier import relationships. Or, if a company that requires a manufacturing component is relatively young without a track record, many banks will not provide financing for plant and equipment. These start-ups gravitate to sources in China, Southeast Asia, India, Pakistan and the like as their business solution.

In another case, we work with several equity owners who recently launched a company in computer components. Each of these partners has an extensive background in which they worked for mega computer companies. Through their credentials and past contacts, they began to sell products to their former employers. Despite the promise of this enterprise, banks will not finance them at this stage. And they have not been able to attract a level of investment and capital that will allow them to install a manufacturing facility. Contract manufacturing according to their specifications enabled this company to transact deals and realize growth. Sound familiar?

Balance your risks and benefits

An argument often cited to consider reshoring is the expense of shipping, trade duties, customs and logistics, which goes with importing and offshoring. In my import/export trade credit transactions, I must recognize considerable improvements, especially after 2001 where efficiency and technology in shipping advanced through software packages like the global supplier customs and manufacturers database. Freight forward shipping companies became one-stop, tight operation, comprehensive service providers. And many nations streamlined their customs/duties protocols because they understand that inferiority here can negatively impact their economies.

This commerce is very different from large companies such as Apple, Motorola or Caterpillar—where innovation is a driver. Here, product development is potentially difficult overseas and reshoring may be the best approach. When this prototype reaches a point of maturity and definition, overseas manufacturing can often become more cost effective at this stage.

Long term, perhaps there will be some increase in reshoring by American companies. Will this scenario be carried out in five years? Ten years? I don’t see certainties on reshoring overtaking offshoring anytime soon.

By following the right steps procurement teams can help their organization can go from $0 to at least $250K a year in savings.
Valta Technology Group (Valtatech)
June 13, 2022
Follow Us