Learn how SpecCoat helped HawgWired get on ‘board’ the reshoring-outsourcing discussion and bring production back to the U.S. 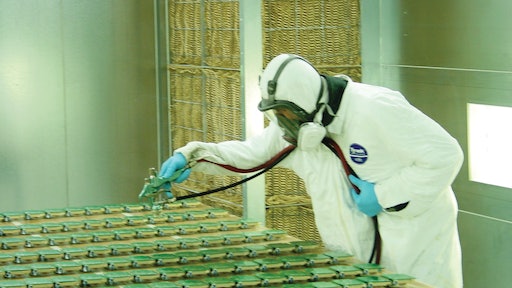 Whether you choose to believe it yet or not—amidst direct production reports from such industry giants as Apple, Wal-Mart Stores Inc. and Whirlpool—U.S.-based manufacturers today continue to bring production from overseas back to the U.S. And sometimes, for that to happen, all it takes is one simple conversation between a manufacturer and their supplier.

Such was the case when Fremont, Calif.-based SpecCoat, which provides specialized coating services, expanded their Web strategy and connected with a supplier through their online profile at ThomasNet.com.

“If it wasn’t for Thomas, we would still be growing but not at the rate that we are right now,” explained Rick Ramirez, Founder and Co-owner of SpecCoat. “We’ve had some large companies come our way and that actually opened up the communication of offshoring and reshoring through some of the hits that we had and some of the jobs that we acquired through ThomasNet.”

The specialized domestic vendor, which conformal coats and pots all types of PCBs used in medical, military, aerospace, commercial and retail applications, to date convinced three of its accounts to bring production here, not only for coating purposes but assembly as well—and to keep it U.S.-based.

“One customer that we continue to service now had a problem with the coating that was being done offshore,” said Ramirez. “Their parts were coated offshore but they were failing. They found us, called us and we were able to do the R&D, if you will, on their coating. After three or four attempts, we found a coating that worked and solved their problem. But during this four-to-six week process, we started discussing ‘why not bring the coating here rather than do that in China?’ And with that type of discussion, it’s typically ‘well, you’re offshore—you have to worry about the quality.’’

In discussing such topics, as well as infrastructure costs and sales related to production, SpecCoat and its customer HawgWired Inc. were able to agree that the coating application on their material should be done domestically.

Reshoring the coating process back from overseas was a decision that HawgWired’s President Paul Hughes considered for quite some time but “Rick really helped promote the idea,” he confirmed. “We had this cycle of bringing boards in, building amps and shipping them out. But the process is more complicated than just outsourcing overseas to cut costs. And when quality is an issue, it’s extremely difficult to manage.”

In order to qualify its circuit boards for the next phase in the production cycle, HawgWired must first test each board—primarily done in batches—before they become coated. But part of the issue that the motorcycle audio equipment provider faced in having its circuit boards coated offshore and shipped to its Newark, Calif. facility for final assembly was not only dealing with the costs of doing low-volume overseas but receiving circuit boards that had performance issues.

"There are minimum orders any time you go offshore,” explained Hughes. “And it almost never makes sense to ship a product back overseas when it needs to be repaired. So what happens is, you end up paying the labor rate here to do the repair—and sometimes, that can cost more than the product.”

By working with two domestic vendors to test the boards in the U.S. at their site, HawgWired is able to mitigate the quality assurance of each board more effectively and cost efficiently before sending them in batches to SpecCoat for coating.

“There were a number of things we solved—it wasn’t just cashflow,” Hughes continued. “It was a huge step for us to simplify for everybody ‘when the assemblers get 50 boards ready, they go to Rick, he coats them, they come to us and we can do the final assembly and ship them within a few days. Whereas with our former process, that could take weeks.”

As a result, the company looked to the rest of its products, for example plastics—even bringing its PCB’s back. It continues to work with its current vendors (including the ones it uses that are overseas) in other product categories to focus on the issues they face that HawgWired must help them solve.

“I’m not knocking offshore,” said Hughes. “We solved a number of issues bringing things back but unfortunately we can’t bring it all back. For example, there are no magnet manufacturers left in the U.S. so it makes it difficult to get the speakers made here readily-available. There are also some cases where outsourcing still works well, such as with cables. I get better cables overseas than I do over here. But by manufacturing something overseas, you have to make a lot of that product to pay for that overhead. And if you don’t go over there, you really are just working in the dark.”

Know the issues you face

Whether a manufacturer decides to house production in the U.S. or outsource it overseas, the industry as a whole, must communicate up and down the supply chain to address the issues, challenges and potential benefits that all segments of manufacturing contain.

“Whether it’s the people that assemble the board or those we buy our materials from—the partnerships between all of us has to be really strong and the communication, not only from the customer but within the supply chain, has to be very open,” said Kim Atkins, Founder and Co-owner, SpecCoat. “When companies are in their R&D phase, we take the opportunity to find out what their plan is and help them identify ‘is it really the best answer for my company to take my production offshore?’”

As a company who started the business in a garage in 1994 and grew largely through word-of-mouth advertising, it comes as no surprise why communication is such a vital component to SpecCoat. One of the main issues the company—which maintains ISO 9000:2008; ANSI/ESD S20.20-2007 and ITAR certifications—communicates with its customers on is intellectual property theft.

“The counterfeiting of the actual components is probably the biggest issue right now in electronics manufacturing,” said Atkins. “The boards come to us pre-built. Rick and I are very active in IPC and the key topic at every conference is how to recognize counterfeit parts.”

As a result of its precision in protecting its clients from such issues, SpecCoat grew from being a local service provider initially catering to electrical and mechanical engineers on the West coast to becoming a specialist protecting sensitive circuits manufactured in countries worldwide.

To ensure continuous quality in the services it provides its customer, “a lot of the boards that we try and protect, I will also try and get into,” said Ramirez. “The harder for me it is to get into a board, I know it will be real tough for some engineer in an overseas market to get into.”

Regardless of which side of the fence you stand on, issues are present in all industry segments of manufacturing. And whether you choose to outsource production or domesticate it, complete visibility and open communication is essential between suppliers, manufacturers and key parties involved to assess what strategy works best for your business.

“The reason it was so important for us to look at where we’re getting our products manufactured was because we are very strong at supporting our dealers at a very high level to address training and quality,” said Hughes. “It’s not about getting a product or part as cheap as you can. It’s about being able to supply the demand effectively and efficiently. We’re never going to stock thousands of circuit boards. But yet you have to have them in time and at the right quality to support our dealers. Rick was one of the most important pipelines for us to fix a lot of these manufacturing issues around.” 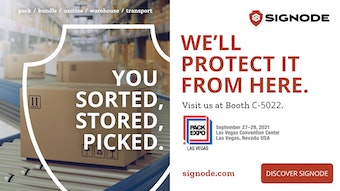 Because order fulfillment is one of the biggest cost line items, choosing a 3PL is a huge decision.
Ruby Has Fulfillment
September 2, 2021

L.I.N.K. | Flexible Warehousing is the Hotel Stay of the Supply Chain Industry

Chunker CEO comes on the podcast to discuss flexible warehousing, why it is important today and why those tapping it need to treat their temporary warehouse like a hotel stay.
Brielle Jaekel
August 31, 2021