Manufacturing and the Developing Market 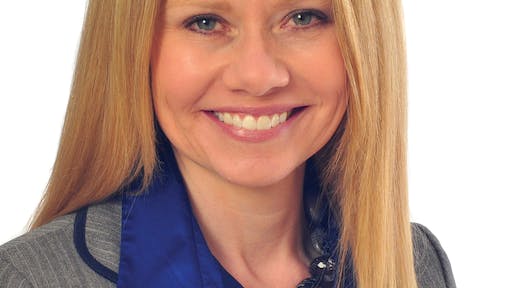 As developing markets continue to dominate the mindshare of manufacturing executives, how to profitably service those markets has become the mission for supply chain executives. Evolving existing supply chains is the fastest way but often the result forces the supply chain into an unnatural shape.

A typical example is a manufacturer that had its roots in Detroit. In the 1960s, it sourced all components in the United States, built final products in the U.S. and shipped primarily to U.S. and western European markets. In later decades, they followed the industry trends to introduce lower costs into the supply chain and began sourcing some key components in China, assembled final goods in Brazil and continued selling primarily into the U.S. and western Europe.

Today, this same company continues to source components in China, final assemblies are done in Brazil but the end customer markets have changed. Although the U.S. and Europe continue to be target markets, the fastest growing market is in China. So the product starts in China, ships halfway around the world to Brazil and then is returned to China for commercial sales. A supply chain that requires complete circumnavigation of the globe is probably not an efficient one.

Emerging markets will be the driving force changing the shape of supply chains for the foreseeable future. As western markets suffer through various economic downturns, the growth markets are in the developing world. Nearly every manufacturer that we speak to depends on emerging markets for growth. Simultaneously they mention the need for nearsourcing, best described as manufacturing goods in the same market that you sell them. Usually the reason cited for nearsourcing is the rising cost of labor in Asian markets, particularly China. Our supply chain data shows that is only one of the reasons and not the strongest one. Looking at the most successful supply chains globally, we have found four reasons why nearsourcing separates efficient, profitable supply chains from their counterparts.

Nearshoring is a fast-growing trend. But there are some hidden effects that it can exacerbate. Developing markets do not come readily equipped with well-established financially-stable suppliers. Supplier capacity constraints is one important issue. As manufacturers descend on promising new markets with high hopes of commercialization, the first thing they need to do is find manufacturing capacity. Building a plant takes a long time and is a risky venture in a new market. If the market doesn’t pay off, the company is stuck with a plant. Instead, companies prefer to try new markets by entering into a joint venture agreement with an existing company or by contracting with an existing manufacturer to build products. As many companies enter into a market simultaneously, existing manufacturing capacity is quickly consumed. We’ve already seen this in electronics manufacturing in Asia, for example. As capacity becomes constrained, suppliers can be choosy about which customers to serve.

It’s also important to assess supplier financial strength. When evaluating suppliers in new markets, financial stability is a key criteria. Many manufacturers have created new “supplier risk managers” to keep an eye on supplier performance and to find creative ways to help suppliers be successful. For example, supply chain financing is gaining popularity. Using a manufacturer’s credit rating to help suppliers get financing helps all parties in the supply chain.

Nearsourcing continues to be a best practice for global manufacturers. All the contributing factors have momentum to last for the foreseeable future, particularly customer-service metrics that continue to be highly competitive. Customers in all markets are fickle and demanding. Creating localized products in-market is key.

On a similar note, many manufacturers are returning operations to the U.S., an act commonly called reshoring. In some ways this is akin to nearshoring in the U.S., making products in the United States for United States customers. The U.S. has the capacity, trained resources and labor costs that have remained steady or actually declined in some markets. Along with all of the other reasons for nearshoring, we expect reshoring to continue.

Diane Palmquist is Vice President of Manufacturing Industry Solutions at GT Nexus. The company provides a cloud-based collaboration platform that leaders in nearly every sector rely on to automate hundreds of supply chain processes on a global scale, across entire trade communities. Diane’s area of interest is creating supply chain technology solutions for global manufacturers.

Register
From forecasting and inventory refill to visibility and end-to-end traceability, today’s warehouse solutions are designed to improve the way companies track and trace product. But, how else do these solutions optimize the warehouse?
Artemis Vision

Technology, including automation and machine learning, is a key driver of transportation safety and security.
JLE Industries
December 22, 2021
Follow Us