Worldwide shipments of augmented reality and virtual reality headsets are forecast to decline in the first half of 2020 due to supply chain disruptions caused by the COVID-19 outbreak. 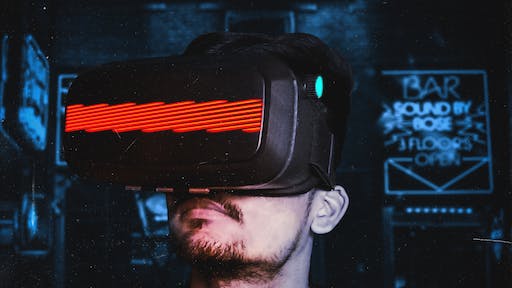 Worldwide shipments of Augmented Reality (AR) and Virtual Reality (VR) headsets are forecast to decline in the first half of 2020 due to supply chain disruptions caused by the COVID-19 outbreak. According to the International Data Corporation Worldwide Quarterly Augmented and Virtual Reality Headset Tracker, a year-over-year decline of 10.5% is expected in the first quarter followed by a 24.1% decline in the second quarter. However, assuming production ramps back up by midyear, IDC believes a rebound in the second half of 2020 will result in total shipments of nearly 7.1 million units for the year, up 23.6% from 2019. Long-term growth will be strong throughout the forecast period with shipments growing to 76.7 million units in 2024, resulting in a compound annual growth rate (CAGR) of 81.5%.

"Much of the supply chain for AR and VR headsets is shared with smartphones and PCs and many of these products are facing supply constraints as factories are operating at much lower capacity resulting in component shortages," said Jitesh Ubrani, research manager for IDC's Mobile Device Trackers. "However, the spread of the virus is having the opposite effect on demand as an increasing number of consumers and employees stay indoors and look to AR and VR solutions for ways to collaborate with colleagues and entertain themselves and their families."

"Interest in VR within the enterprise continues to ramp up as more companies use the technology to drive a wide range of training scenarios. Beyond the typical examples around training people for jobs that involve expensive equipment or dangerous situations, we're seeing a notable uptick in interest in using VR for soft skills training from line-of-business managers," said Tom Mainelli, group vice president, Consumer and Devices Research at IDC. "And on the AR side of things, more industry verticals are looking to leverage the technology to help address challenges in knowledge capture and transfer as a growing percentage of key employees begin to age out of the workforce."

Screenless viewer shipments across both the augmented and virtual reality segments will continue to decline as more users transition off early, value-focused products toward more robust solutions. As a result, IDC expects to see a CAGR of -26.5% for combined shipments as software support wanes and the few remaining vendors in the space wind down shipments.

Standalone AR headsets will grow 244.7% in 2020 thanks to the launch of products such as the Hololens 2, as well as updated portfolios from companies such as Epson and Vuzix. By the end of 2024, IDC expects the industry to ship 24 million standalone AR headsets as demand from the commercial sector grows and more enterprise organizations incorporate AR headsets into their workflows.

Tethered AR headsets will grow over 400% in 2020, though this comes from a very small base. New products powered by Qualcomm-based smartphones should hit shelves in the holiday season barring delays due to COVID-19. Additional products such as a the second generation of North's Focals are also expected to launch later this year, offering advanced features and broader availability. Many of these newer headsets will cater to the consumer audience, which has been largely ignored to date by most vendors who have instead focused on the enterprise market. Looking ahead, tethered AR headsets will account for 22.3% of the overall market in 2024, up from 0.8% in 2019.

Standalone VR headsets will grow 30.4% in 2020 and will represent 43.8% of all AR/VR headset shipments during the year. Vendors are targeting both consumer and commercial buyers with the latest generation of standalone products and they're finding success in both camps. On the consumer side, gaming continues to drive growth, while on the commercial side training and collaboration are gaining additional traction. IDC expects the commercial segment to grow at a five-year CAGR of 71.9%. Future iterations of such products are also expected to offer pass-through AR capabilities through the use of outward facing cameras.

Tethered VR headset shipments declined in 2019, though we expect to see a return to growth in 2020 (up 25%) as the launch of new headsets and a more diversified lineup from brands such as HTC and other PC-focused vendors will help the category gain traction. Looking ahead, IDC expects quite a dichotomy in this market as devices like the PSVR and upcoming headsets that tether to a phone will offer an entry-level VR experience. Meanwhile, at the other end of the price spectrum, IDC expects brands such as Valve, HP, and a few others to continue to push forward with premium features such as spatial audio, high-resolution displays, as well as improved hand, finger, and body tracking. By 2024, tethered VR headsets will represent 13.4% of the overall AR/VR headset market.