Nuvocargo Takes Control of Oncarriage as it Publicly Launches

Nuvocargo has acquired Oncarriage as it aims to be a "one-stop" shop for all of shippers' needs. 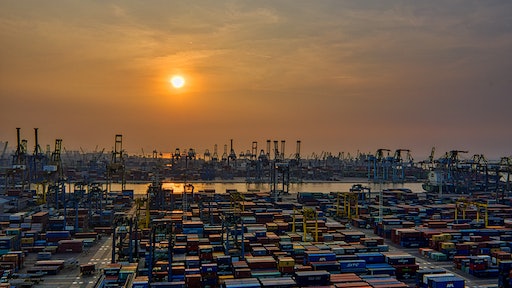 Nuvocargo, digital freight forwarder and customs broker for U.S./Mexico trade, launched publicly after signing up and serving dozens of early customers, including some of the largest shippers moving cargo between the United States and Mexico.

Nuvocargo’s proprietary software helps shippers coordinate door-to-door transportation between US/Mexico including procuring trucks on both sides of the border, customs clearance, insurance, financing, reporting, and more. Nuvocargo’s goal is to become every shipper’s “one-stop shop” for all things related to U.S./Mexico cross-border trade, and eventually for the United States/Latin America. This market has traditionally relied primarily on paper, faxes and spreadsheets, and enables shippers to have one main point of contact for the entire international logistics process, rather than a dozen.

Nuvocargo’s swift launch was enabled in large part by the strategic acquisition of Oncarriage, a traditional freight forwarder and customs broker that already held key government licenses in the United States that Nuvocargo required – including one that normally takes up to three years to obtain.

Chhugani had some personal experience and contacts in this area, as his family had run an international logistics business in Latin America. He knew that freight forwarding was in dire need of digitization. “This is a very complex process that requires expertise and a network across import/export, compliance, and transportation,” said Chhugani. “However, the industry is going through a digital transformation. We at Nuvocargo firmly believe that most workflows, tools and processes in freight forwarding can be dramatically improved, resulting in fewer errors, less human effort, and better service for shippers. That’s what we do.”

“Exporting from Mexico to the U.S. is a confusing process, with a lot of regulations, security concerns and a dozen potential points of failure,” said Juan Sebastian Munoz, Director of Innovation at Calidra Group - one of the largest producers of lime in Latin America. “Traditional freight forwarders had archaic systems and were not at all transparent about the processes & costs, and we needed to deal with several different companies to get everything from Point A to Point B. Nuvocargo is the first freight forwarder with a single dashboard to track everything end to end, and a fully bi-lingual team that can coordinate every detail from start to finish on both sides of the border. It’s a huge improvement on the old way of doing things.”