A variety of companies in the supply chain have hired new board members while others retire, a similar trend seen in the C-Suite as well. 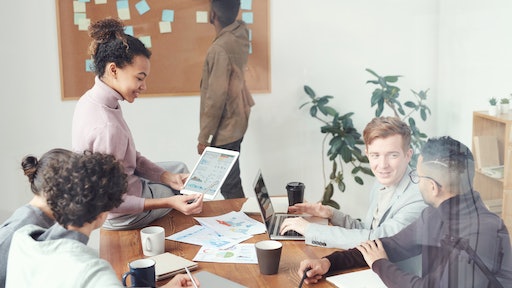 The International Air Transport Association (IATA) announced that Karen Clayton has taken on the duties of General Counsel in addition to her responsibilities as Corporate Secretary effective July 1, 2020. Jeff Shane retired as IATA’s General Counsel on 30 June 2020 after seven years of service. Clayton joined IATA in April 2019 from Air New Zealand, where she held the role of General Counsel and Company Secretary since 2016.

Vecna Robotics announced the appointment of Daniela Rus to its board of directors. With extensive experience in robotics, artificial intelligence (AI) and data science, Rus will provide deep technical knowledge and guidance to Vecna Robotics as the company accelerates the adoption of its world-class robotic platforms and orchestration software within the logistics market.

Rus is currently the director of the Computer Science and Artificial Intelligence Laboratory (CSAIL) at the Massachusetts Institute of Technology (MIT). She also serves on the board of MassRobotics alongside Vecna Robotics’ CEO, Daniel Theobald.

Global logistics provider, Dachser has announced that effective January 1, 2021, Robert Erni will become CFO of the family-owned company, succeeding Burkhard Eling, who is slated to become CEO. Erni will begin his onboarding phase at Dachser as Deputy Director on Sept. 1, 2020. Most recently, the 54-year-old was CFO at logistics provider Panalpina, where he headed the merger with Danish logistics group DSV.

MHS revealed that it has named senior vice president John Sorensen as the head of its North America Parcel division. Sorensen succeeds MHS Co-Founder Greg Judge, as Greg steps down from his position as the company’s president in a well-planned leadership transition. Co-founder Scott McReynolds remains the company’s CEO. Sorensen has more than 17 years’ experience in the material handling industry, including senior leadership roles with Evergreen Industrial Services and Intelligrated (now Honeywell Intelligrated).

Lisboa, 54, joined Navistar in 1988 and has moved through the company's ranks, serving as executive vice president and chief operating officer since March 2017.