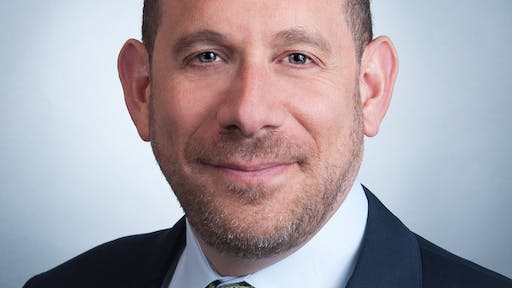 Protective tariffs, border adjustment taxes, renegotiation of trade deals. Whether President Trump will accomplish any of the items on his wish list for international trade—and thereby reduce the U.S. trade deficit and bring back American manufacturing jobs as suggested during his campaign—is uncertain. At minimum, such proposals have garnered tremendous controversy. Critics worry they would set off a trade war, and even if achieved, would not produce the desired results. Trump already has backed away from his rhetoric about labeling China as a currency manipulator.

One aspect of Trump’s trade agenda, however, is less controversial—namely, toughening up enforcement of existing trade laws to counter perceived unfair competition to American producers from manufacturers abroad. At the end of the first quarter, Trump issued an executive order requiring U.S. Customs and Border Protection—the agency charged with collecting import duties and enforcing trade regulations—to develop a plan for enhancing its enforcement efforts, with a focus on catching evaders of antidumping and countervailing duties. Notably, CBP is one of the few federal agencies whose budgets Trump is seeking to increase. Trump also issued a second executive order requiring government agencies to rigorously enforce “Buy American” and “Hire American” laws in federal procurement and grants. More recently, Trump proclaimed the third week of July “Made in America Week,” promoting U.S. manufactured goods.

Role of the False Claims Act in Trade Enforcement

The False Claims Act is one of the U.S. government’s most effective anti-fraud tools, generating $4.7 billion in recoveries last year. Originally enacted during the Civil War to deal with fraud by suppliers to the Union Army, it prohibits parties from knowingly overcharging or underpaying U.S. government agencies. Violators are subject to treble (three times) the government’s damages, in addition to significant penalties.

The effectiveness of the False Claims Act is due in large part to its qui tam or whistleblower provision, which entitles parties with information about fraud—whistleblowers (also known as “relators”)—to commence lawsuits “ex rel” or on behalf of the government. The U.S. Justice Department then has the right to investigate the claims and elect whether to “intervene” in the lawsuit in order to assume prosecution of the claims. Whistleblowers in successful actions get 15 to 30 percent of the amount recovered from the violator as a reward. Some whistleblowers get payouts that are life changing.

In the trade area, qui tam claims generally involve import duty evasion, but also relate to schemes to skirt “Buy American” requirements and violate export control laws. The whistleblowers tend to be employees or ex-employees of the defendant—people with inside information. Indeed, the goal of the qui tam provision is to supplement the government’s limited investigative resources by incentivizing such insiders to come forward and report wrongdoing. Business rivals or others with specialized industry access also are frequently qui tam relators. Most cases involve trade with China, the United State’s largest goods trading partner.

Transshipment refers to the falsification of goods’ country of origin to dodge import quotas or antidumping or countervailing duties. The evader initially exports the goods to a third country and then re-exports them to the United States with the markings and paperwork doctored to hide the real country of origin. The Univar case, for example, involved transshipments of the artificial sweetener saccharin from China through Taiwan. A competitor of the defendant discovered the fraud and filed the qui tam lawsuit after investigating the defendant’s purported Taiwanese saccharin suppliers, determining that those factories lacked the environmental permits even to manufacture saccharin. Using publicly available trade data, the competitor also tracked the Chinese imports to corresponding U.S. shipments. The U.S. Justice Department presently is suing Univar for unpaid antidumping duties over the scheme in the U.S. Court of International Trade.

Another example is the Tai Shan Golden Gain Aluminum Products case. There, importers transshipped aluminum extrusions from China through Malaysia to avoid antidumping and countervailing duties. The scheme involved repacking and remarking the goods to disguise their country of origin. The defendants paid a total of $4.5 million to settle the claims. The U.S. trade consultant who alerted the government to the scheme through a qui tam lawsuit received 18 percemt of the recovery as a whistleblower reward.

Undervaluation refers to fraudulently understating the transaction value of imported goods. In the typical case, the violator provides CBP with bogus or doctored invoices containing prices lower than those actually paid. Schemes also can involve a second set of true invoices used for billing purposes (a “double invoice” fraud), or a failure to disclose to CBP that the supplier is related to the importer and not a genuine third party. The omission of “assists” (materials supplied by the buyer for use in the production process) from transaction value also is common.

In the Motives case, for example, an importer filed invoices with CBP reflecting only a portion of the prices charged, while the balances were billed via a second set of invoices—not disclosed to CBP—labeled “debit notes.” In July 2016, the government announced a settlement of the claims for $13.4 million.

In Otter Products, an importer of mobile phone cases omitted engineering and design assists from the transaction values it declared. It paid $4.3 million to settle the government’s claims in April 2014. The whistleblower was an ex-employee of the company who worked in the logistics department. She received 20 percent as a relator’s share.

Tariff misclassification refers to the knowing use of inaccurate duty classifications to reduce the applicable duty rate on imported goods. Often, this type of scheme is designed to avoid antidumping or countervailing duties or import quotas. In the AmeriSource case, for example, the importer misclassified small diameter graphite electrodes (devices used in steel production) as larger diameter electrodes in an effort to circumvent antidumping duties. The case settled in February 2016 for $3 million. The qui tam relator, a business rival of the defendant, uncovered the fraud after losing sales opportunities because of the defendant’s ability to sell at lower prices. It received 16 percent of the recovery as a relator’s share.

Another form of duty avoidance is known as “failure to manifest,” i.e., smuggling or importing goods without declaring them. It can also be the predicate for a qui tam lawsuit.

Qui tam lawsuits relating to “Buy American” requirements and export restrictions typically arise in connection with U.S. government procurement. In the FSM Group case, for example, an importer of ultra-fine magnesium powder from China mislabeled the goods as American or Canadian in origin in order to meet the requirements of a Pentagon contract. Because of the failure to satisfy the contractual requirements, the invoices issued to the government were false in violation of the False Claims Act. The defendants paid $8 million to settle the claims in March 2016.

In the Rocky Mountain Instrument case, a company that produced optical components for U.S. military applications, violated the U.S. Arms Export Control Act by sharing sensitive technical data with manufacturers it employed in Turkey, South Korea and China. It thereby breached the terms of its U.S. military contracts, making its invoices to the government false under the False Claims Act. The company pled guilty to criminal violations and paid $1 million to resolve the False Claims Act claims. The government was alerted to the wrongdoing by a whistleblower who was a former sales manager with the company.

Some $2.9 billion of the $4.7 billion generated by the False Claims Act in 2016 resulted from cases started by qui tam whistleblowers who were paid a total of $519 million in relator’s shares. Although a small portion of this litigation involved trade-related wrongdoing, we expect trade qui tam cases to be more prevalent under the current administration. In light of Trump’s trade agenda, government prosecutors will be more inclined to intervene and devote prosecutorial resources to such lawsuits. As a consequence, the proceeds of trade-related qui tam claims—and the resulting shares awarded to whistleblowers—should be even more significant than in the past.