Part of the reason behind the shift is that the trucking industry is facing a labor shortage of up to 48,000 drivers 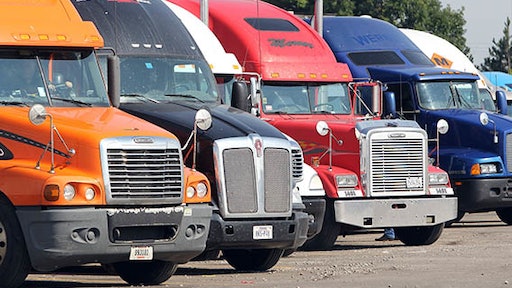 April 28, 2016—With the exception of maybe the cowboy, is there any job more typically American than being a trucker? Now, it’s time to rethink that as the industry increasingly depends on drivers from many parts of the world.

To see this shift up close, head 50 miles west of Los Angeles, just off Interstate 10, home to one of the busiest long-haul truck stops in the U.S. It’s where tired drivers often park their 18-wheelers for the night, and eat, shower and relax before hitting the road again. It’s also where you’ll see just how multinational the trucking industry is now because of drivers like Harsharan Singh, originally from Punjab, India.

“I got my license back in 2009, when I came from India. Now, a lot of people from Romania, Yugoslavia, China, Japanese, Russians are coming into this business,” says Singh, who hauls produce all across the western U.S. and Canada.

Part of the reason behind the shift is that the trucking industry is facing a labor shortage of up to 48,000 drivers, according to the American Trucking Associations. That could balloon to more than 170,000 drivers in the next 10 years.

Indiana Manufacturers, Facing a Shortage of 1 Million Workers, Go Back to Drawing Board