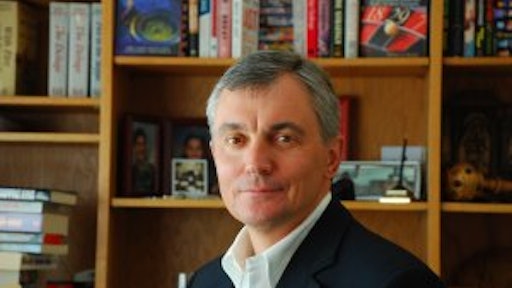 Pittsburgh — August 22, 2008 — "No company is created to fail," writes Robert A. Rudzki."Yet the odds are stacked against corporations surviving more than a few decades."

A grim thought for corporate executives navigating difficult economic times. But Rudzki, founder and president of Greybeard Advisors, a Pittsburgh-based consultancy, points out in his new white paper, "Avoid Corporate Death: Nine Essential Elements Will Keep the Reaper from Your Company's Door," that the root cause of corporate failure can often be found in leadership — or lack thereof.

"Many once-greats are dying a slow death, losing much of what made them superior," Rudzki writes. "Others have expired quickly. And new research shows that many more are starting to atrophy as their leaders turn their focus to managing complexity — and away from leading for the future."

Rudzki has experienced corporate life firsthand, having served in senior management positions at Bayer Corp. and Bethlehem Steel Corp. He is co-author of the book Straight to the Bottom Line and author of the new business book Beat the Odds: Avoid Corporate Death & Build a Resilient Enterprise.

The "Unified Theory" of Performance

In his new white paper, Rudzki notes that globalization, increasing information transparency and shrinking product lifecycles, among other factors, are increasing performance pressures on companies even as executives must manage ever-more-complex "extended enterprises" that include their supply networks.

In response, the former chief procurement officer writes, corporate management too often undertakes haphazard "half measures" that don't fully address the extent or nature of the challenges facing the enterprise. The result: a decline in corporate results as performance erodes over time.

Rudzki suggests that executives should look for a "unified theory" of performance that addresses, comprehensively, the many different aspects of business success. "What is needed now is a simple, broadly applicable framework that can be understood (and promoted) by all those responsible for leading the organization toward the future," he writes.

In offering up his own "unified theory," Rudzki proposes his own "Beat the Odds Framework," a series of nine elements ranging from "1. Establish a Purpose" and "2. Live and Defend Your Core Values" to "8. Decide! Act! Get On With It!" and "9. When in Doubt, Use Common Sense." Rudzki uses the white paper to offer up more detail on each step.

"Greater than the Sum"

Long-time fans of business book best-sellers will likely find much that is familiar among the "nine elements," but Rudzki argues that the an initiative to pursue the proposed actions can be optimally successful only if the elements are undertaken collectively. "The whole (all nine principles taken together as an interlinked framework) is far greater than the sum of the parts," he writes.

The white paper also offers up a framework for evaluating a company's performance against the nine elements by surveying key constituencies within the enterprise. The result of the evaluation should be a set of insights that can guide an action plan for improvement.

The crux of the matter, of course, is that leaders much be willing to approach the evaluation with the necessary degree of openness and frankness (Rudzki suggests that an external facilitator can be useful), and leaders must be willing to make the changes suggested by the evaluation. Willingness is key, as many of the proposed changes could be fundamental and far-reaching, and strong leadership will be necessary to drive forward the necessary transformations.

When to get started? It's never soon enough, Rudzki argues, concluding: "Think about it this way: Most of the 600,000 American business bankruptcies during the last decade, and many of the once-great institutions that have one foot in the grave, were on a path to eventual demise well before problems showed up in their financial statements."

"Avoid Corporate Death: Nine Essential Elements Will Keep the Reaper from Your Company's Door" is available at http://changethis.com/49.05.NineElements.