The reduction in revenue and workforce (due to layoffs and/or government-mandated shutdowns) has predictably reduced the productivity of many companies that are suppliers to downstream manufacturers. 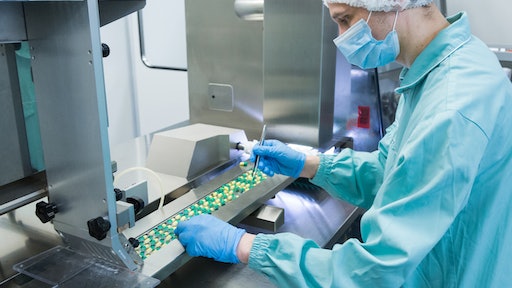 The Coronavirus disease (COVID-19) pandemic has disrupted nearly every aspect of life across the globe. The days of sitting inside at a restaurant, traveling on airplanes, regularly seeing relatives and friends and not having to wear a face mask seem like nostalgic memories from a bygone era. These changes in daily life have drastically changed consumer spending habits, crippling entire industries and resulting in massive layoffs. The reduction in revenue and workforce (due to layoffs and/or government-mandated shutdowns) has predictably reduced the productivity of many companies that are suppliers to downstream manufacturers.

So, in addition to dealing with reduced demand, lack of labor and limited revenue, many manufacturers (even those whose products are still in high demand) are struggling to acquire the components needed to keep manufacturing their products. Some manufacturers have taken matters into their own hands by either manufacturing components they used to purchase from suppliers or re-designing their products to avoid the need for such components. These sorts of changes present certain risks, and opportunities, regarding intellectual property rights.

The primary risk worth noting is the possibility of infringing a third party’s patent rights. A U.S. patent allows the patent owner to prevent others from making, using, selling, offering to sell in the U.S. or importing into the U.S. any product covered by the claims of the patent. Anyone that makes, uses, sells, offers to sell or imports a covered product without permission from the patent owner could be sued for patent infringement and subject to paying at least a reasonable royalty for each infringing product or, potentially more costly, the patent owner’s lost profits caused by the infringement. As a practical matter, manufacturers that procure components from third-party suppliers often do not worry about infringing patents covering those components, as many supply contracts require the supplier to indemnify the manufacturer against patent infringement claims by competing suppliers. Moreover, a supplier of patented components may be hesitant to sue a potential customer for using a competitor’s infringing component, since lawsuits have a funny way of souring would-be customer relationships.

But, if a manufacturer begins making its own components because its supplier cannot meet demand, the manufacturer no longer enjoys any indemnity protections from the supply agreement and could be on the hook for infringing patents covering those components. And, by manufacturing the component, the manufacturer goes from being a potential customer that a patent owner/supplier may be reluctant to sue, to a competitive threat that the patent owner may feel obligated to address. This may be especially true given the pandemic-related economic challenges facing many suppliers, who may be looking to monetize their patent assets to supplement sagging revenues.

To reduce the risk of becoming entangled in an expensive patent infringement lawsuit, manufacturers should consider obtaining a freedom to operate opinion from a patent attorney. A freedom to operate opinion includes a search of patents that may be similar to the product or component that is being considered and may be particularly focused on patents owned by known suppliers in a particular industry. The obvious benefit of a freedom to operate opinion is to identify any patents that may be infringed by manufacturing the component being considered. If any problematic patents are identified, the manufacturer may be able to brainstorm design changes to the component that may avoid the identified patents, while still meeting functional requirements.

A freedom to operate opinion may also insulate the manufacturer from claims of willful infringement. In addition to the reasonable royalty or lost profit damages that may be awarded in a patent infringement lawsuit, those damages may be increased by two or even three times if the infringer knowingly infringed, or deliberately avoided learning of patents that its product may infringe. By obtaining a freedom to operate opinion, the manufacturer may avoid willful infringement by showing that it diligently searched for relevant patents and honestly believed its product did not infringe, even if that belief ultimately turns out to be incorrect. This same rationale also applies to design changes that may omit the component that is no longer available due to supply chain disruption. Changes in product design may bring into play patents that were not relevant to the previous design. By doing some homework on the front end, a manufacturer that decides to make its own components or changes designs to address supply chain issues can avoid future headaches or at least minimize potential liability.

Aside from these associated risks, manufacturing new components or changing product designs can also present opportunities. In tweaking the design of a component to avoid a patent identified during a freedom to operate search or changing a product design to render an unavailable component unnecessary, a manufacturer may create its own patentable invention. Patenting a new component design could provide advantages over competitors by precluding them from using the new design and/or create additional revenue streams by licensing the patent.

During development of new components or designs, manufacturers should document which employees developed the new designs and have them execute assignments transferring ownership of the intellectual property rights to the manufacturer. The U.S. patent system grants a patent to the first inventor to file a patent application regardless of who invented first, so a patent application should be filed quickly to avoid losing the race to the patent office. Manufacturers should also avoid disclosing new designs to third parties until the patent application is filed, as doing so can result in the loss of patent rights, especially in foreign countries.

During these challenging times companies have had to adapt their business models in ways they never anticipated to survive. But, in doing so they should be aware of the potential risks and opportunities to best position themselves for a post-pandemic world.