How 3D Printing Stands to Disrupt Capacity, Sourcing and Pricing 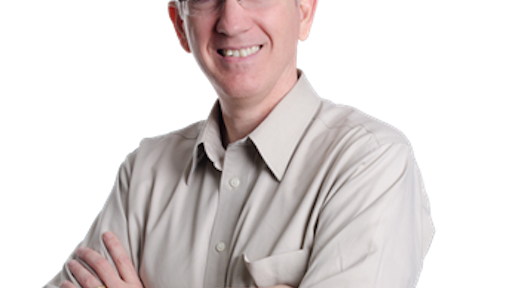 Should manufacturers and distributors be concerned about the introduction of three-dimensional (3D) printing in the industrial business-to-business (B2B) space? Perhaps not concerned, but mindful as to how the technology stands to disrupt traditional manufacturing and distribution business models. This includes considering how industrial companies may benefit from embracing 3D printing sooner rather than later.

According to a recent article in the Atlanta Journal-Constitution, major companies, such as The Home Depot, UPS and Coca-Cola, are already doing just that. For example, today many companies rely on the shipments of parts and components to conduct business—and shipping those items is the crux of the UPS business model. If those companies can print the items vs. waiting on shipments, it could spell disaster for the delivery company. Having that foresight, UPS proactively partnered with a 3D printing company to offer next-day delivery of 3D printed parts. UPS benefits from access to the new technology, while the 3D printing company benefits from access to the well-established shipment network that UPS provides.

Certainly, viable use cases for 3D-printing technology are rapidly growing, and as they do, industrial B2B manufacturers and distributors will be pressed to find creative ways to incorporate them. The first step is identifying which parts of your business stand to be affected by 3D printing. Below I laid out three scenarios of how the burgeoning technology could potentially shift pricing strategies, disrupt traditional warehousing models and change how specialty parts are manufactured.

Capacity plays a big part in available supply. The need for a large warehousing space, and excessive amounts of stocked product and parts can be reduced with 3D-printing technology in place. The technology essentially eliminates the distinction between stocked vs. non-stocked parts. If companies have the technology to print any part in a 300,000-item catalog in just a few minutes, then it’s effectively stocked at all times.

Service levels increase tremendously for the distributor who can claim to stock everything—and those who invested deeply in brick-and-mortar facilities in pursuit of the old-school stocking model may find themselves less advantaged for having done so. For example, 12,000 square feet of warehouse space with $12 million in inventory could be outflanked by $1 million of 3D-printing equipment sitting in a 200-square foot fabrication room.

As more manufacturers leverage the technology to fabricate specialty parts, the source of these specialty parts then comes into question and the intellectual property (IP) contained in the digital file, which defines the part, is critical. Imagine a situation in which an end customer, such as a large original equipment manufacturer (OEM), has its own 3D-printing equipment on site, licenses the digital specs for specialty items and is charged for each piece it prints. Or the OEM may subscribe to a full library of digital specs on a flat-fee basis and print all it wants without per-unit charges. Such an OEM may license these digital specs from the distributor, but what value is the distributor really adding? It would make more sense for the OEM to license the specs directly from the manufacturer or designer of the part. Under this scenario, the distributor is disintermediated entirely, as the value chain is reworked.

The ability to fulfill a sale depends on an accurate transaction price for each customer. As 3D printing begins to impact the distribution industry, the practice of anchoring price to a traditional supplier-driven into-stock cost becomes unworkable, because there isn’t an into-stock cost for an item that is 3D printed. Instead, distributors could ask what is the avoidable cost-per-unit in a world of 3D printing? The dominant elements of this cost are the raw materials plus the energy required to print the piece.

Alternatively, anchoring price decisions to other references, such as the average selling price or the list price, may work better. Manufacturers’ suggested retail prices (MSRPs) often play a role in list pricing, but such MSRPs won’t exist for items that are 3D printed because no manufacturer is involved, and one could argue that the notion of list price is equally obsolete, but I’m less confident in this reality.

For now, precisely how 3D printing will impact manufacturers and distributors is speculative. But given the explosion of other specialized, innovative technologies, industrial B2B companies should start exploring the possibilities now.

Barrett Thompson is the general manager of pricing excellence solutions at Zilliant. Over the past 25 years, Thompson has built and delivered optimization and pricing solutions to Fortune 500 businesses in diverse vertical industries within the manufacturing and distribution space.

Daimler Trucks to Use 3D Printing in Spare Parts Production