What Happens When You Decide to Leave China?

If you think you can just pack up, turn off the lights, lock the doors and go, you better think again 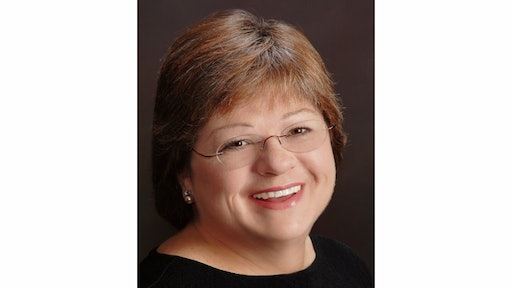 Reshoring is the hottest trend in U.S. manufacturing. According to a recent study by Boston Consulting Group, 54 percent of all United States companies over $1 billion in revenues are planning or considering bringing at least some of their manufacturing back to the U.S.

But just how attractive is it to leave China? This decision isn’t an easy one. With nearly 350 million people—and growing—in China’s middle class, the country is likely to be a company’s biggest target market over the next 20 years. As the Chinese middle class grows, so does its disposable income and the desire for all kinds of products, particularly those with Western brand names.

At the same time, American boards and executives are pushing to increase manufacturing in the U.S. and bring some of the outsourced production home. This represents a significant shift in thinking from determining where in the world to manufacture in order to take advantage of low-labor and other costs, to considering a more global manufacturing strategy. Most of the cost comparisons and time-to-market research suggests that companies should be manufacturing local products in local markets. Now companies are deciding what part of their manufacturing they can peel off from China and bring back to the U.S., and what can be left in China to address the local and rapidly growing market there.

Wait a minute…it’s not that easy. Companies cannot expect to simply pack up shop, lock the doors, turn out the lights, and move back to the U.S. There are many issues to consider when leaving China.

Western executive Chip Starnes is the President of a Florida-based medical supplies company that decided to leave its manufacturing site in China for an even lower-cost manufacturing site in India. When the Chinese employees got wind of what was happening, they locked him in his office for days and would not allow him to leave. The 80 or so workers were concerned about getting paid for their final days at the factory and didn’t want Starnes to leave until they had their money. The workers, who saw the equipment being packed for shipment to India, forced Starnes into his office and even deprived Starnes of sleep by shining bright lights and banging on windows of his office all night, until they were paid.

In China, it is not that unusual for managers, (Chinese and Westerners), to be held by workers demanding back pay or other benefits owed to them. The local police won’t step in, as they consider these types of things to be private business disputes. Shutting down a Chinese factory and releasing workers must be done carefully and companies must be prepared for retaliation by employees.

Packing up and shipping or trying to retrieve tools and molds from a Chinese manufacturing site can also be problematic. Often, a Western manufacturer will send machine tools or molds to a Chinese Original Equipment Manufacturer (OEM) or to their own Chinese factory. These tools and molds, sometimes worth hundreds of thousands of dollars, may be needed to produce products.

If a company does not take steps to clearly identify ownership, and sign an agreement to that effect including serial numbers positively identifying each item, it may never see the tools and molds again. This is because, unless a company has agreed in writing otherwise, the Chinese believe that they have been given the equipment. In some cases, we have even seen molds being held hostage until the U.S. company pays for them again, even though there was never a sales transaction with the Chinese in the first place.

If the tools and molds stay behind when a company leaves a Chinese factory, this equipment is likely to continue be used. The equipment may be used to produce the same goods that are then sold domestically in the Chinese market, or to other markets around the world without the original company’s supervision or permission.

Companies may also be sourcing tools, dies, and molds inside of China for production there, but that does not automatically mean these can be shipped to the U.S. when the factory closes. Export rules from China may prohibit this. If equipment is sourced in China and not shipped to the U.S., consideration must be given to where a manufacturer will source the same equipment and raw materials after reshoring. Reestablishing sourcing in America is not a trivial task, because many suppliers also have moved offshore.

When a company leaves China, it also leaves behind its manufacturing intellectual property if the Chinese have been taught confidential production approaches and methods. We’ve all heard the horror stories about IP protection, copying and counterfeiting in China. To protect their IP, most U.S. companies now register their patents and brands in China. But production methods and raw materials aren’t always as well protected.

A popular strategy is to produce sub-assemblies in several locations, or several different cities, so that no single factory knows how to produce an entire finished product. Other companies produce the latest or most innovative products in the U.S. or Europe and earlier models or lower-end products in China.

In addition to paying out employment contracts, there may be other regulations that must be considered. China’s Commerce Department has issued guidelines for withdrawal from China by foreign investors. The intent is to protect Chinese creditors and others from manufacturers that try to escape in the middle of the night. Chinese law requires that foreign investors inform creditors of the closing, settle all outstanding taxes, pay all pending debts, liquidate property, and de-register the business. In addition, companies may be required to pay closure taxes.

If a business is partially run or owned by a State Owned Enterprise (SOE), companies may also have to ask permission from the Chinese Communist Party to shut down. Getting permission to leave and pay all of the associated fees and taxes will take some time; probably 3-6 months. Leaving without completing the exit process is not recommended and may disallow companies from ever returning to China.

So many companies make the mistake of simply comparing labor or energy costs when determining their reshoring pathway. But there is so much more to a reshoring decision. In particular, companies should consider all of the exit costs including employee payments, tooling and molds, IP protection, exit taxes, and fees when considering the restart-up costs in the U.S.

Most importantly though, is to ask the question, “Should we leave China?” If this rapidly-growing market is where a company will be selling products in the future, perhaps it is best to keep at least part of your manufacturing operations there.

To make the most of crowdsourcing, warehouse operators need to think about both inventory and the customer experience. Adopting best practices that other companies have discovered while bringing crowdsourced delivery into their businesses can help.
Roadie
June 9, 2022
Follow Us