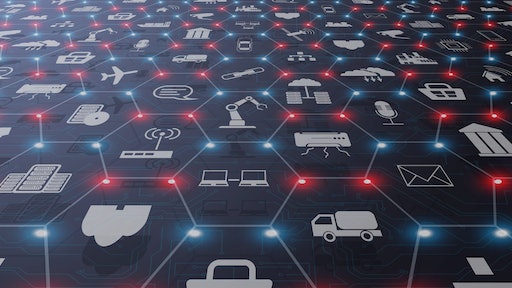 The e-commerce industry has significantly evolved in the last few years as an increasing number of consumers are favoring new ways of shopping. With their changing preferences, consumers have become more inclined towards online shopping and doorstep delivery. As a result, the packaging manufacturers or handlers have come across huge opportunities to grow across the countries.

The e-commerce industry has been exhibiting increasing demand for single-SKU pallets typically used for retail and warehouse fulfilment, which results in smaller cases and pallet sizes. Palletizers need to operate at a faster rate to operate smaller loads instead of larger loads.

Some of the key takeaways from the report are:

Some of the leading companies such as KUKA AG, FANUC Corporation, ABB Ltd and others are adopting new technologies and procedure in order to improve the operating rate and load handling capability so that these improved machines can be applicable in the places traditional palletizers are preferred for their heavy load handling potential and higher speed.

Presently, articulated robots are programmed to handle load up to 2,000 kg and operate at speed of around 5,000 cycles per minute. Apart from low space consumption, various other advanced technological features have played very important roles in the surge in demand for articulated robots.

In this modern digital era, robotic palletizers are getting equipped with artificial intelligence in order to minimize the error created by a computer operator in the input and the probability of products being wrongly handled. Despite of holding huge scope of implementation, AI technology tends to result in advanced technological developments in the domain of palletizing and de-palletizing market during the forecast period (2020-2030).

Due to the COVID-19 pandemic, e-commerce sectors are experiencing significant sales growth in the current year (2020). As online shopping has become more popular among the consumers due to the social distancing and other norms, the demand of automated palletizers market is likely to grow in inventory management segment.

On the flip side, the unprecedented outbreak of COVID -19 has negatively affected food & beverages sector, which is resulting in decline in applications. Supply-chain disruptions witnessed during extended period of lockdown have adversely affected operations of packaging manufacturers. Such disruptions have been reported across countries such as France, Italy, China, India, Poland, and others.

As the global robotic palletizers and de-palletizers market is to offer increase in opportunities for various market players, the top players like Kawasaki Heavy Industries, Ltd., Mitsubishi Electric Corporation, FANUC Corporation, Kawasaki Heavy Industries, Ltd. And others are continuously assessing and adopting new technologies in order to cater to the growth in demand among the global end-users.