The Act of God defense doesn’t automatically absolve a carrier of liability. 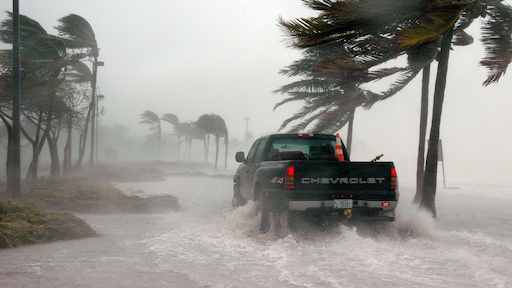 Hell and high water doesn’t mean your carrier is off the hook for damaging your shipment.

Carriers shipping products that were damaged during Hurricane Maria or Hurricane Irma are eager to deny liability using a common defense known as Act of God. But according to Dick Lucarelli of CDS Freight Claim Management, this claim doesn’t always hold water.

“This defense can only be used when there was nothing that the carrier could have reasonably done to prevent the damage,” says Lucarelli. “It all depends on the circumstances of the claim.”

Lucarelli gives an example of a carrier who decided to send a shipment into the path of a known hurricane. Instead, they should have chosen an alternate route or held it at the pickup terminal until the hurricane had passed. In this case, the Act of God defense is easy to disprove, because the carrier’s actions were clearly negligent.

However, he gives another scenario where the product was already sitting in a Houston terminal. At some point, weather reports would warn of the impending flood, but it might not be enough time to act. The carrier might argue that short notice and gridlock made it impossible to move the goods to a dryer city. In this case, the Act of God defense would be harder to refute.

“But even in these cases, where the carrier has a valid Act of God defense, they’re still responsible for mitigating the loss once they become aware of the threat,” Lucarelli explains. Take the example of the flooded Houston terminal. Maybe heavy traffic prevented the carrier from moving the product to a different terminal. But in the terminal itself, was there free space on higher storage racking? Did the carrier move the products to all available top racks, or did they just leave everything on the floor? These details could be the difference between a paid or declined claim. If the carrier failed to take reasonable actions to reduce the loss, they would still be partially liable.

According to Lucarelli, misconceptions such as these can cost shippers tens or even hundreds of thousands of dollars. And with the massive damage sustained by two hurricanes in close succession, he expects carriers to be especially aggressive in denying claims.

Note: The above information is not legal advice; neither Dick Lucarelli nor CDS accept any liability for its content. Lucarelli specializes in freight claim management, both full service and training. He can be reached through the CDS website at www.freightclaim.com.