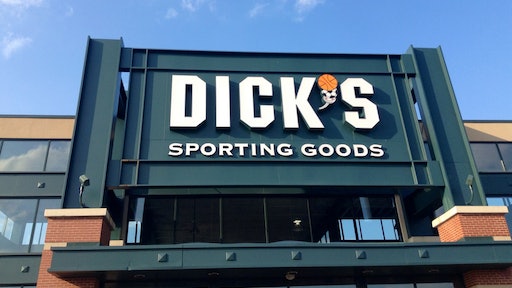 The retailer boosted 24 percent growth in e-commerce for its first quarter, increasing from 9 percent to 11 percent of sales in the past year, although, same-store sales decreased 2.5 percent. According to Multichannel Merchants, the company reported success within its omnichannel efforts as well as its supply chain and inventory improvements.

Dick's has also been testing out self-serve pickup lockers where shoppers can pick up online orders within an hour, Multichannel Merchant reports. The retailer is performing a small test at certain locations, without any plans of further expansion.

Since taking its e-commerce operations in house by insourcing its platform, Dick's profitability has improved significantly.

As the company continues to boast improved numbers, some areas of the business have seen some decline. After Dick's announced that it was no long selling assault weapons in the wake of the mass shooting on February 14 at a high school in Parkland, Florida, the company was banned from the National Shooting Sports Federation's annual event and gunmaker Mossberg discontinued its relationship with the retailer. The company saw an accelerated decline in the already challenged hunt category, but reported consumers solely shopping with the company due to the new policy.

This new facilities features Kenco’s own LoadProof application, which works to eliminate chargebacks via image capturing in the warehouse.
Kenco Logistics
May 7, 2021

Earth Day this year has prompted the new White House administration to hold a climate change summit. Read what associate editor Brielle Jaekel says will be the effects through the supply chain.
Brielle Jaekel
April 23, 2021
Follow Us