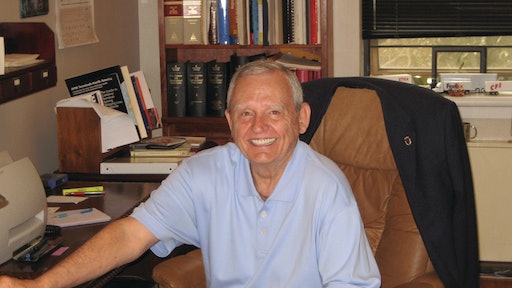 There are laws on the books. But…

For example, changes to Customs and Border Protection (CBP) programs as a result of the Safe Port Act of 2006, and the National Defense Authorization Act, (NDAA) for Fiscal Year

2012, and numerous worldwide Customs efforts stimulated by the Kyoto Convention ICT Guidelines, and the U.S.’s own International Trade Data System have resulted in the streamlining of supply chain security practices encapsulated in CBP’s Customs Trade Partnership Against Terrorism (C-TPAT) program.

For the last decade or so—or, since 9/11—all of these laws and programs have focused on one single element without which these programs really fail. That single element is accurate and verified knowledge of the contents of the shipping containers or trailers moving through the supply chain. This fundamental element, however, has been the most difficult to control. For instance, it is common knowledge among those in the field that trailer or container contents coming into the United States across the Southern border are identified on a “hearsay” basis. That is, the U.S. Customs broker files data provided by a third party. In Mexico, because the container/trailer is already sealed when the Mexican carrier picks it up, motor carriers and U.S. Customs brokers take the word of the Mexican shipper as to cargo identity and quantity. Additionally, U.S. authorities may know very little about the Mexican manufacturer or carrier. CBP consequently has little or no evidence of what is actually in the trailer or container.

Even with the use of the ACE system and the e-manifest used on the southern border, CBP only knows what the container is "said to contain." The level of what is known about the cargo coming from Mexico through our ports of entry can best be explained by the actual words of a major U.S. Customs Broker in Laredo, Texas. I asked, “How do you know that what is said to be in the conveyance is, in fact, in the conveyance.” His answer to me was: “We don’t. It is all on good faith.”

Add to that the border’s trans-carriage problem which is the dropping of the northbound containers or trailers at unsecured “drop lots” or Pensiones located on the Mexican side of the border for days or weeks prior to being released for entry into the United States by a Mexican customs broker. The cargo is easily accessible for manipulation.

Like port-of-entry truck crossings in the United States, vessel carriers also take the word of the shipper, motor carrier or rail carrier as to contents, which it then files with CBP. The vessel carriers, like the border motor carriers are merely reporting what the container is “said to contain,” an expression banned from use by CBP reporting practices.

So what is the fix to this critical, fundamental, core vulnerability? For vessel carriers, the solution appears to be making them the responsibility parties for cargo identification through the adoption of the new Rotterdam Rules. In September 2009, the United States became a signatory to the United Nations Convention on Contracts for the International Carriage of Goods Wholly or Partly by Sea (Rotterdam Rules). When ratified by the U.S., the Rotterdam Rules will replace the 1936 Carriage of Goods by Sea Act (COGSA), as well as other “rules.” COGSA’s “tackle to tackle” mode (where the period of time the goods laden into, and discharged from the vessel are the responsibility of the vessel carrier) disappears under the Rotterdam Rules.

According to the U.N. General Assembly, the Rotterdam Rules are a “…uniform and modern global legal regime governing the rights and obligations of stakeholders in the maritime transport industry under a single contract for door-to-door carriage.” Thus, when ratified, the Rotterdam Rules will make the vessel carrier liable for content on a single door-to-door bill of lading, and it will be responsible for cargo accuracy from stuffing the container at origin to destination.

There also is a new vessel-focused CBP program called Ten + Two containing a rule called the Importer Security Filing (ISF), which became effective July 9, 2013, that allows CBP to begin issuing liquidated damages claims of $5,000 against importers and carriers for each inaccurate, incomplete or late ISF transmission. CBP may also withhold the release or transfer of the cargo or even unlade the merchandise. Importers and maritime cargo carriers must submit additional cargo data prior to lading goods on board vessels destined for the United States. Specifically, importers must report 10 data elements on each ISF, including information that identifies the Manufacturer, supplier, seller, buyer, consignee, country of origin, tariff classification number, where the goods were stuffed into the container, who stuffed the goods and the party reposnible for compliance with applicable import requirements. Importers, themselves are now legally responsible for the accuracy and timeliness of their ISF filings, regardless of shipper error or whether a customs broker or other intermediary does the actual filing.

Given these changes, the only method of complying with the new rules on cargo identification is the adoption of a Chain-of-Custody process that functions as a virtual criminal chain of custody applicable to the global supply chain. It begins with the identification of the actual, vetted and authorized agent of the shipper who personally verifies content and quantity of the cargo, personally arms the container security device (CSD), and personally seals the container. That container is then monitored from that time for its movement, access, and internal environment depending of the shipper’s needs all the way to destination where another comparable trusted agent opens and verifies cargo and content.

In effect, a chain-of-custody control system can limit the liability for importers and carriers under the new ISF filing obligations and provide benefits and solutions, including:

Since this system serves to provide accuracy of cargo data, visibility and knowledge of container location and integrity while improving the user’s bottom line, why has it not been used by the private sector? It is available today in the United States and soon in China. Independent reports and studies by Stanford University, A.T. Kearny, Bearing Point, and the Congressional Budget Office have all shown that the efficiency, visibility and speed through ports of entry produce revenue and reduce costs. The electronic chain-of-system provides those products and benefits. However, to date, only the Department of Defense is employing this electronic chain-of-custody system. It time for the private sector to wake up and smell the benefits of its use!

Dr. James R. Giermanski is the Chairman of Powers Global Holdings, Inc. and President of Powers International, LLC, an international transportation security company. His recent book is entitled Global Supply Chain Security (Scarecrow Press 2012). He was Director of Transportation and Logistics Studies, Center for the Study of Western Hemispheric Trade at Texas A&M International University and is co-inventor of a patent connected to transport container security.