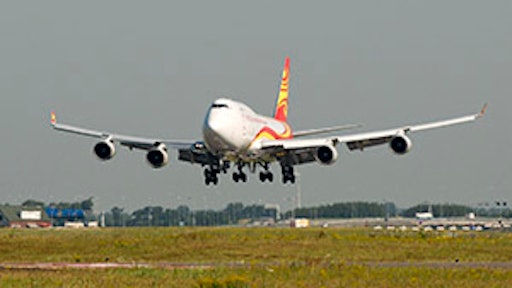 Founded in 2002, Yangtze River Express operates a fleet of 18 freighters on 200 scheduled services to 22 domestic and international destinations.

Schiphol is now served by 300 freighter flights per week operated by 25 full freighter carriers, connecting the airport to 134 cities in 70 countries.