94% of Bulk Industrial Construction in the St. Louis Region Since 2016 Has Been Focused Alonge Interstate 70 Corridor Linking Missouri and Illinois

Markets around the U.S. and the globe are on uncertain ground due to COVID-19, but one thing that remains certain in the midst of the pandemic is just how important freight logistics and a healthy supply chain are to keeping the economy moving. 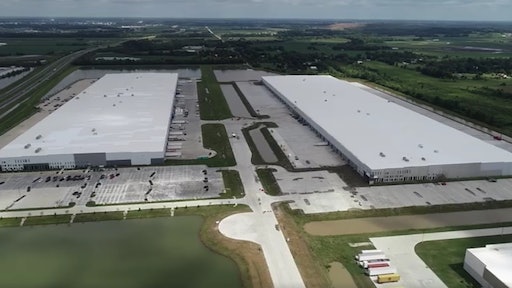 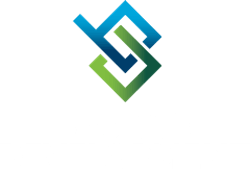 Markets around the U.S. and the globe are on uncertain ground due to COVID-19, but one thing that remains certain in the midst of the pandemic is just how important freight logistics and a healthy supply chain are to keeping the economy moving.  Daily life is changing but demand for distribution space keeps growing, and a new report released today by the St. Louis Regional Freightway reveals the southwestern Illinois and eastern Missouri region is ready to help distributors and developers meet that demand.  The St. Louis Regional Real Estate Market Indicators & Workforce Statistics report focuses solely on bulk industrial buildings that are important to the freight & logistics supply chain.  Market fundamentals in the St. Louis metro region remain strong with recent record setting construction adding to the thriving modern bulk inventory.

Key Takeaways from the Report Include:

“The epicenter of this construction boom is along the I-70 bi-state corridor, including I-70 and portions of I-170, I-270, and I-370 running from Missouri to Illinois,” said Mary Lamie, Executive Vice President of Multi-Modal Enterprises for Bi-State Development, which operates the St. Louis Regional Freightway.  “This is a major logistics corridor supported with more than $600 million of roadway infrastructure investment, which will help to foster continued growth among the national manufacturers, suppliers and distributors choosing to locate in the corridor.”

The report also highlights several rail developments underway to further strengthen the freight network in the St. Louis region, which is the third largest rail hub in the U.S., linking six Class I, local and shortline railroads. The region serves all corners of the U.S. without the need for railroad interchange. Rail freight shipments within the St. Louis region can be placed directly on the BNSF and Union Pacific railroads for westbound transport, or on the Norfolk Southern and CSX for shipments destined east of the Mississippi River. The largest freight rail companies in the world recognize the importance of the St. Louis market and are investing in its growth potential. Both BNSF and Union Pacific are working on plans to improve and increase their freight capacity on both sides of the Mississippi river, while Norfolk Southern services the General Motors facility located along the I-70 corridor in Wentzville, Missouri, which recently announced a large investment in the plant.

The state of labor in the bi-state region is also analyzed in the report, with a focus on transportation and production occupations.  The report highlights how St. Louis has more workers in Production Occupations and Transportation/Material Moving Occupations than Louisville, Kansas City, Memphis or Nashville.

In addition, the report highlights the many national developers and institutional grade investors active in the market, where they benefit from the region’s competitive advantages in freight and distribution. These include logistical advantages such as being home to America’s second largest inland port based on tonnage, four interstates with national access, five airports with capacity and six Class I railroads. Ample utility capacity is also available.

The presence of specialized industry also continues to set the region apart, with international companies that are leaders in aerospace, agriculture, metal manufacturing and recycling, logistics, chemical manufacturing and the automotive industry all maintaining a strong presence in St. Louis. Companies that continue to expand their footprint and workforce in the bi-state area include Amazon, World Wide Technology, Bayer, Bunge and General Motors, while the region is also home to significant operations for Boeing, AB InBev, Hershey’s, Walgreens, ADM, Procter & Gamble, Unilever and Dial Corporation, to name just a few.

“Private industry representatives with first-hand knowledge of the bi-state St. Louis area consistently reinforce that availability of space and speed of delivery; an available, job-ready workforce, and exceptional freight assets are continuing to drive the growth we’ve been seeing in our region,” Lamie said. “As a result of that growth, as supply chains continue to shift in the wake of the COVID-19 pandemic, the St. Louis region has all the ingredients in place to accommodate those shifts.”

“Prior to the COVID19 shutdown, industrial activity in the St. Louis market was so strong that, although transaction time has lengthened, market activity remained very good.  Amazon recently signed leases for another 1.1 million square feet in St. Louis and there are a number of active users in the market for 200,000 SF or more – especially in the I-70 / I-270 corridor.  We expect industrial absorption this year to be on par with average absorption since coming out of the downturn,” said Geoff Orf, Senior Vice President – Industrial, Colliers International.

The report was released during the third annual FreightWeekSTL, which took place May 18 – 22 as a fully online experience due to current social distancing requirements. The week-long event was delivered by St. Louis Regional Freightway, The Waterways Journal and Bi-State Development and was sponsored by Burns McDonnell and Lochmueller Group, with Arco, Contegra, CMT and Southern Illinois Construction Advancement Program (SICAP) serving as supporting sponsors.