Looking to address Ohio's high unemployment rate and a shortage of truck drivers, Roadmaster Drivers School is ready to open a new training facility in Columbus. 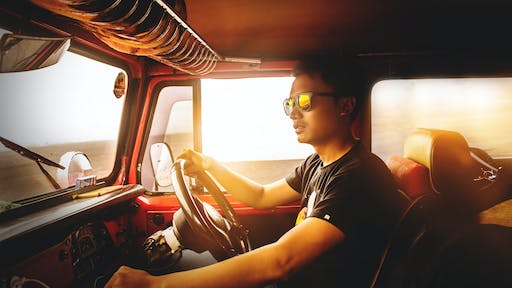 Looking to address Ohio's high unemployment rate and a shortage of truck drivers, Roadmaster Drivers School is ready to open a new training facility in Columbus, the state's largest city. While Roadmaster has continually operated in Columbus since 1995, this new custom-built school will open its doors and have its first class on Aug. 17. The 10,000-sq. ft. facility sits on 12 acres in the state capital and will be able to serve approximately 750 students each year.

Meanwhile, the Ohio State Senate is currently considering a bill that would increase training opportunities to meet Ohio's growing demand for additional truck drivers. House Bill 222, which passed the Ohio House of Representatives with strong bipartisan support, would provide a tax credit for companies that invest in truck-driver training, equal to a total of one-half of the training expenses.

"Ohio legislators are to be commended for this timely and forward-looking initiative," says Brad Ball, President of Roadmaster Drivers School. "New truckers are urgently needed in Ohio, and fortunately, job-seekers are responding; we are already seeing a significant upsurge of demand for training at our new facility in Columbus."

Ball, whose company is nationally known for quality training of entry-level truck drivers, notes that demand for training has been growing for some time, due to pandemic-driven increases in unemployment. The jobless rate in Ohio, for example, which was at 4.1% in January of this year, rose to 17.6% in April. The rate has dropped somewhat since then, but is still extremely high; more than 35,000 Ohioans filed new unemployment claims for the week ending July 11, with 429,000 filing claims for continued unemployment during the same period. In this context, not just in Ohio but nationwide, says Ball, trucking stands out as an island of employment stability and opportunity.

Long before the onset of the coronavirus pandemic, Ball points out, there was a severe shortage of truck drivers, and the COVID-19 crisis has if anything increased the need for new drivers. As store closures and social distancing have made in-store shopping increasingly difficult, American consumers have turned to ecommerce. According to new research from Adobe Analytics, total U.S. online sales reached $73.2 billion in June, up 76.2% from June of 2019.

To help manage the consequent surge in shipping and handling, Amazon alone has announced plans to hire 100,000 new employees, including drivers, for its U.S. warehouse and delivery operations. And ecommerce is by no means the only area in which truck drivers are, and will continue to be, in high demand. Trucking, notes Ball, moves 71% of all freight shipped in America, and accounts for nearly 6% of all full-time jobs in the country.

The training required to enter the profession, he notes, is relatively brief, about four weeks. "Every day," says Ball, "nationally and in our new facility in Columbus, we're hearing from people who want to get off the layoff-and-furlough roller coaster and build a new, secure future for themselves." Roadmaster is currently putting the finishing touches on its new facility in Columbus is opening in August.