Protests against COVID-19 restrictions in Canada will likely cause supply chain disruptions in North America, as truckers create a blockade on the Canadian-United States border. 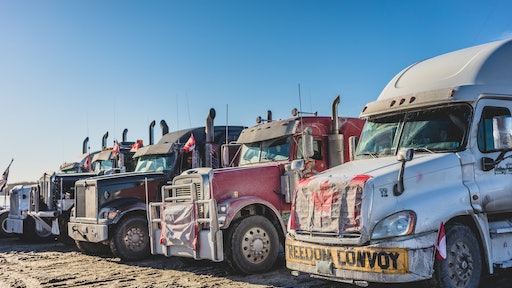 The number of protestors are only growing right now in Canada, as Canadians gather to voice their opposition to Coronavirus (COVID-19) restrictions. Civil unrest caused numerous supply chain disruptions in the past year in the United States, as many incidents blocked up major roadways and sometimes even full cities. However, this is a more direct impact to the supply chain, as Canadian truckers block numerous border pathways to and from the United States. While the protests began in Ottawa, the Canadian capital, the blockade spread to US. The Emerson Port of Entry in Manitoba. Wednesday night, access through the Ambassador Bridge, which connects Detroit, Mich. and Windsor, Ont. became completely blocked. The protests are already showing their impact on the supply chain, forcing Toyota to halt production at three Canadian plants.

A new rule requiring any commercial trucks entering Canada to be fully vaccinated against COVID-19 prompted the invasive protests. However, Prime Minister Justin Trudeau does not plan on lifting any restrictions, despite backlash and provinces lifting their own restrictions.