The Alphabet company has picked these areas to test its self-driving trucks in as they are "interesting and promising commercial routes." 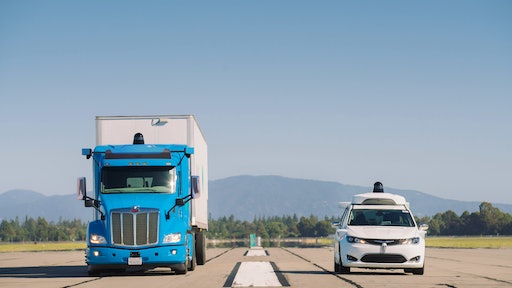 The Alphabet company has picked these areas because they are "interesting and promising commercial routes." The company will also explore how its "Waymo Driver", the company's branded self-driving system, could be used to create new transportation solutions.

It is likely that Waymo will focus its tests on interstates in Texas as it has a particularly high freight volume. According to TechCrunch, the mapping and testing will occur on highways around Dallas, Houston and El Paso. While the company will focus on the southern most part of the state in New Mexico.

Waymo first began integrating its self-driving system into Class 8 trucks and began testing them in August 2017 and May 2019 in Arizona. The tests were aimed at gaining initial information regarding driving trucks in the region.

Register
Find out how the likes of 3D printing, factory floor optimization, digital twins and other technology-driven approaches are helping companies achieve an Industry 4.0 footprint.

View
In this session, industry experts provide an in-depth detail on what’s in store for 2022 in terms of supply chain visibility and how data and technology work together to help companies “see” what’s ahead.
Armada Supply Chain Solutions LLC