Waymo's self-driving vehicle was deemed not at fault in an accident in Arizona. 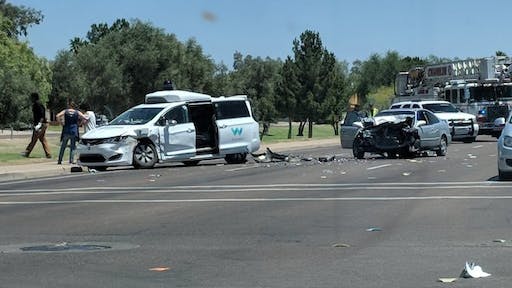 A self-driving minivan being tested by Waymo was involved in a crash over the weekend, Verge reports.

Images showed the minivan with its side caved in and another vehicle with its front end smashed.

Waymo released a short clip of the crash that was captured by the vehicle's camera.

In March, an Uber that was driving in autonomous mode struck and killed a pedestrian. The crash led Uber to halt its self-driving tests and has been receiving continuous backlash. Waymo CEO John Krafcik publicly said that his technology would have avoided the crash.

Autonomous Vehicles Could be Tested in California by Year's End