Technological advancements within the rail industry is creating a domino effect and improving safety, efficiency and fuel economy. 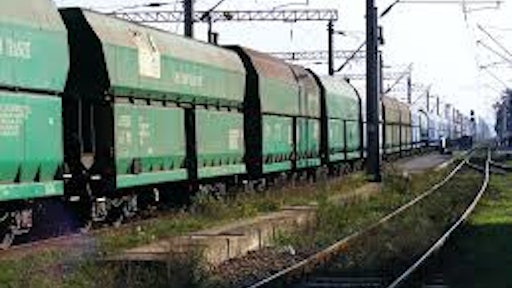 When Lynden Tennison first started Union Pacific Railroad many people didn't think of it as a tech company, but as a rust belt industry instead. However, that all changed once they launched an internship program for college students that required them to complete a large project. The students soon realized that the company was really a "tech company inside of an industrial giant."

Over the last decade, the freight rail industry has undergone a technological revolution that transformed the way goods are transported, the Association of American Railroads reports. Advancements in sensor technology, mobile apps and predictive analytics have improved the safety and efficiency of freight rail while also reducing environmental impact.

According to the Association of American Railroads, over one-third of the country's exports are transported by railroad. Railroads serve every industrial, wholesale, retail and resource-based sector. In 2015, the rail industry moved 18.1 billion tons of goods,a ccording to the Department of Transportation. That number is only expected to continue to rise.

Small improvements to safety and efficiency and produce tremendous results, the Association of American Railroads reports. In the last four years, the rail industry has spent $100 billion on infrastructure, equipment and technology. Just last year, mainline train accident rate has fallen 32 percent, becoming the safest year on record despite an 84 percent increase in rail traffic since 1981.

Even though trains are moving on double the amount of freight than they did in 1980, rail shippers are paying 46 percent less than they did 35 years ago, AAR reports.

The industry has managed to accomplish this feat by utilizing technology. Advancements in sensor technology has improved a railroad's ability to detect, or even predict, equipment failure while keeping employees out of harm's way. The industry has also harnessed the power of big data through leading-edge data analytics which has allowed railroads to uncover critical trends in order to enhance safety and operations, AAR reports.

For example, CSX is conducting experimental trials on the relationship between electrical current, ambient temperature and failure patterns for switches. Machines can see more than the human eye, so by using an accurate predictive-based system will help identify the variables that increase the likelihood of switch failure.

Along with analyzing data and identifying trends, the Transportation Technology Center Inc is testing emerging rail technologies and develop tech solutions that use the facility's specialized laboratories and 48 miles of test track, according to AAR. The center is currently assisting the development of machine vision systems, a technology that uses an array of special cameras and other sensors to inspect trains moving at speed. By capturing 40,000 images per second, the system then examines critical components and identifies anomalies that require a more detailed inspection.

Big data isn't just playing a role in the safety of rail freight, it has also led to improvements in fuel efficiency.

AAR reports that railroads are using fuel management systems to ensure that each gallon of fuel moves a train as far as possible. The systems provide engineers with real-time recommendations on how to operate the train to maximize fuel efficiency and train performance based on variables such as, topography, track curvature, the weight and length of the train and wind effect.

Fuel management systems can improve fuel efficiency by 14 percent. The most advanced diesel locomotives are leveraging thousands of readings from hundreds of sensors to assess performance every minute, AAR reports. Tier 4 locomotive technology has reduced particulate emissions by 90 percent, while nitrogen oxide emissions has reduced 80 percent.

AAR reports that human error has also been addressed through big data analysis. Rail companies are using sensor data gathered while engineers operate trains across the network to identify patterns that are incorporated into training simulators. These simulators ensure engineers are proficient on their operating territories and using proper train handling techniques to maximize fuel.

Technological advancements within the rail industry is creating a domino effect and improving safety, efficiency and fuel economy. The more efficient the industry is, the safer it'll be.