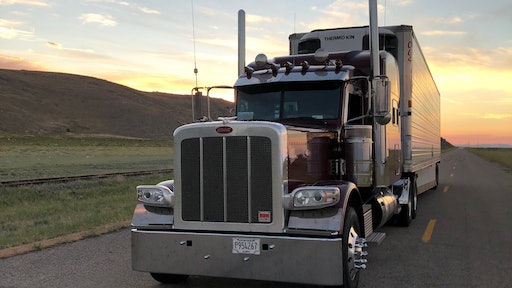 It has been a tough year for the trucking industry. The driver shortage is still ongoing – and only expected to get worse. Meanwhile, electronic logging devices and hours of service rules are only getting stricter as exemptions for the rules continue to get denied.

The industry has one ally, though: The Trump administration.

In June, several trucking groups testified before the House Transportation and Infrastructure Committee’s Subcommittee on Highways and Transit, discussing what the future of trucking looks like and how the United States economy can improve it.

During his testimony, Chris Spear, CEO and President of American Trucking Associations, emphasized the importance of safety and innovation, promising that the group will work with lawmakers and Congress as it begins to write legislation that impacts trucking.

"These investments also include driver safety training, driver safety incentive pay, and compliance with safety regulations, and while some of these investments are made to meet a myriad of regulatory requirements, many of them are voluntary, progressive safety initiatives adopted by our members and they’re paying dividends in highway safety,” Spear said during his testimony.

Already the United States Federal Highway Administration has $60 million in grants that are available for technologies that improve transportation efficiency.

“This program puts a priority on promoting innovative solutions that improve safety and mobility for our nation’s drivers,” said U.S. Transportation Secretary Elaine Chao said in a statement.

Safety concerns surround the hours-of-service rule, though. Currently, drivers cannot work more than 60 hours on-duty over seven consecutive days, according to the Department of Transportation. The rules continue: drivers may be on duty for up to 14 hours following 10 hours off duty, but they are limited to 11 hours of driving time and must take a mandatory 30-minute break by their eighth hour of being on duty.

Now, the DOT is looking to make changes in the rest breaks, length of driving time and on-duty time among other changes so they are more flexible.

In comments filed with the transportation department, the Owner-Operator Independent Drivers Association (OOIDA) wants to eliminate the mandatory 30-minute break and argues that trucks should be allowed to stop the 14-hour clock for up to three consecutive hours.

Safety advocates argue that any changes to the hours of service rule could worsen driver fatigue, which is reported as being the cause for one-third of fatal crashes.

Critics took to social media questioning the decision of ending the mandatory rest breaks and whether or not the driver’s safety would be compromised.

“We were also wondering if this change would contribute to driver fatigue. We just want to see that all the drivers we work with are as safe as they can be! Curious to hear the thoughts of drivers on this change,” Reliable Transportation Solutions commented on Facebook.

FMCSA has received over 5,000 comments on an advance notice of proposed rulemaking. According to the Federal Register, potential changes include:

The agency is expected to issue an Advanced Notice of Proposed Rulemaking in the coming days, opening a two-month comment period on hours of service changes. Once the period is over, the administration can move forward with new rules.

It is likely that the Trump administration will agree to relax the rules.

“I can tell you the Department understands the importance of giving you the flexibility,” Chao said at the Mid-America Trucking Show in March.

FMCSA Requests Study of Harassment Within the Trucking Industry