USPS is a strange hybrid of public and private ideologies. It has to operate like a business and deliver on its promise and purpose unfailingly, but it has the dexterity and infrastructure of a government bureaucracy. 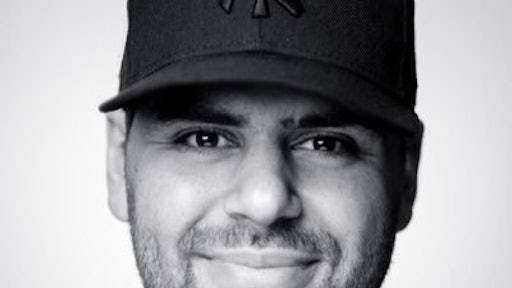 There’s a game show on the Food Network called Cutthroat Kitchen where chefs compete for prize money while dealing with absurd “handicaps” doled out by their competitors. For a thousand dollars, a chef can force their competition to prepare and cook a dish while wearing gloves covered in suction cups or with one hand behind their back. The entire premise of the show is to watch someone push against ridiculous and unreasonable circumstances in order to execute a complicated task.

If we were to play Cutthroat Logistics Business consider these handicaps to throw at your opponent:

How could your opponent possibly survive?

These are the exact regulations one of the world’s largest logistics services must deliver more than 150 billion pieces of mail annually – The United States Postal Service.

USPS is a strange hybrid of public and private ideologies. It has to operate like a business and deliver on its promise and purpose unfailingly, but it has the dexterity and infrastructure of a government bureaucracy.

Here’s the thing, though: the idea of USPS’s relentless mail delivery, interrupted by “neither snow, nor rain, nor heat,” is actually mostly true. Save for extreme storms, the Postal Reorganization Act demands that mail be delivered everywhere, to everyone, dependably – which can be a tall order if 2017 was any indication. To top it off, the USPS has only one increasingly limp revenue stream: postage.

Stamps are maybe the most underwhelming revenue generators you could possibly design, simply for the fact that postage prices cannot fluctuate based on destination. Stamps at 49 cents must carry both your wedding invitation from New York to Alaska and your holiday card across town, even though the former is clearly in another league in terms of overhead.

Decades ago, swallowing the cost was relatively harmless. All of the low-overhead mail sent within cities or regions easily offset the higher cost of mail traveling from Manhattan to Anchorage. Now, the largest volumes of letters are mostly B2C (mailers or bills), since the rest has been gutted by email.

Packages are swiftly losing their profit potential, too. In 2017’s holiday season, e-commerce purchases outpaced traditional retail, but with speedy competitors like UPS and FedEX, USPS couldn’t capture much market share when it came to shipping.

That’s two strikes for the entity that handles nearly half of the world’s mail - 47 percent, to be exact.

While recognizing this would be highly controversial in the real world, it’s from a business perspective that this third strike is especially unfortunate. USPS, theoretically, has the type of innate and monstrously huge dataset that other companies pay dearly to utilize. Think about the fact that USPS is the only institution in the country that is legally allowed to look inside someone’s mailbox – they could track which businesses are sending bills to which consumers and which services and companies over-index with which postal codes. USPS is a gold mine of data, if only they were allowed to do something with it – it’s a far more compelling (and profitable) revenue stream.

Sadly, these are Cutthroat rules. All of these terms are etched in stone, unable to be altered for the benefit of any person or business. Operating under these mandates is a bit like cooking with one hand tied behind your back, the circumstances make it hard to keep up, let alone evolve or improve. Building and scaling a logistics company in the 21st century requires products and practices that are far more flexible, algorithmic, and forward-looking than what the USPS has been given. Had it been born today, it would look vastly different.