Those responsible for moving product are also moving executives for maximum efficiency, as well as technology companies that support this transportation. 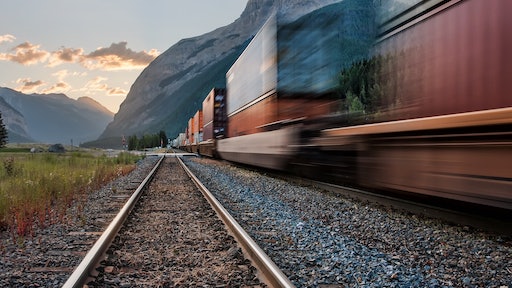 Photo by James Wheeler from Pexels

Logistyx Technologies announced the appointment of Dipti Gupta as chief operating officer (COO). With more than 20 years of global supply chain management leadership experience, Gupta brings a high-growth, customer-focused mindset to Logistyx as the newest member of the executive team. As COO, Gupta will lead the development and implementation of worldwide operational strategies to drive efficiencies and oversee Logistyx’s ongoing business operations as the company continues to grow and evolve. In her most recent role as vice president of professional services and account management at Blume Global, Gupta led a team providing logistics and digital supply chain solutions to a global customer base.

The five-member board also selected Steven Neal as vice president and Bonnie Lowenthal as secretary. Every July, commissioners select a president and two board officers to serve one-year terms. The commission’s new officers will begin their terms on Aug. 10, when outgoing commission president Lowenthal will hand the gavel to Colonna at the board’s regularly scheduled meeting that day.

The appointment of Gary O’Connor was effective in June and is aimed at helping drive GEODIS’s growth in this important market. The strategy will be focused on developing business in the healthcare sector while growing the company’s influence over well-established verticals, including e-Commerce, high tech and FMCG.

Transporeon, the leading, cloud-based transportation sourcing and management platform backed by HG Capital, has taken another important step in reinforcing its international customer service orientation with the appointment of Jonathan Wood as chief commercial officer as of 3 August 2020.

Jonathan Wood brings extensive international experience in B2B technologies, including sup-ply chain solutions, as well as proven expertise in running service organizations. He joins Transporeon from U.S.-based cloud computing leader Infor, where he most recently served as general manager for India, Middle East and Africa. Before that, he led Infor’s European service organization and served as vice president cloud and innovation services for SAP.

ContainerPort Group is pleased to announce that Richard McDuffie has been named president, effective Aug. 3, 2020. He will report to Michael Smith, CEO of World Group, ContainerPort's parent company. The two will work together over the coming weeks to ensure a smooth transition for employees, customers and business partners. With over 25 years in supply chain management, including trucking, third party logistics, and equipment leasing, Richard brings a wealth of industry knowledge to the table. His time has been spent with a mix of Fortune 500 companies, privately held firms, and even family-owned organizations. Most recently, Richard was the corporate development senior advisor for Harkness Logistics Holdings, Inc.