Unreliable federal funds, shortage of drivers and traffic congestion threaten to disrupt the growing demand for freight in the U.S. 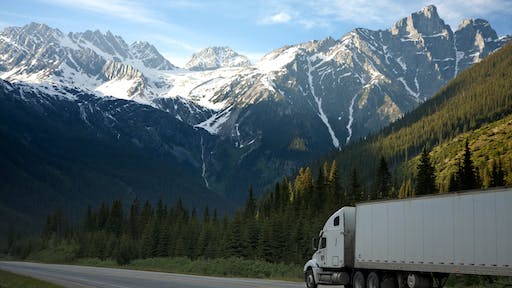 The movement of freight across the United States plays a vital role in the lives of many Americans, and new research is showing that the freight network is increasingly coming under negative pressure.

In 2016, the freight transportation system relied heavily on trucking, carrying 72% of freight by value and 66% by weight.

Read Next: Improving the Customer Experience with Transportation Management Systems

The report predicts the reliance on trucking will only increase as domestic demand for freight movement increases and retail models increasingly rely on timely and efficient freight deliveries. According to the report, the amount of freight moved could increase by 104% in value (inflation-adjusted dollars) from 2016 to 2045.

Although freight is good for business, this could mean bigger problems for truckers who are already experiencing setbacks.

According to the report, traffic congestions have a large impact on delivery. Truck drivers will be the ones to experience the brunt of it if something is not done to improve the national infrastructure.

Long-haul freight truck traffic in the U.S. is concentrated on major routes connecting population centers, ports, borders and other major hubs of activity.

The report notes that the U.S. Department of Transportation forecasts that between 2012 and 2045, the miles of major U.S. highways that are congested during peak periods will quadruple from 19,200 miles to 78,500.

Parking and shortage of drivers

The report found that a lack of commercial drivers and insufficient parking for commercial vehicles also posed consistent challenges to the industry.

Adequate rest stops are essential for long-haul trips. Oftentimes, truckers are too tired and may choose to park in unsafe locations such as highway shoulders, exit ramps or vacant lots, increasing the threat of cargo theft and personal harm.

The report also found that a shortage of commercial large truck drivers is a significant challenge to the nation’s freight delivery system. The American Trucking Association estimates that there is currently a shortage of 63, 000 truck drivers in the U.S., and is only expected to increase to 174,00 by 2026.

TRIP’s report concluded with a series of recommendations to improve the freight transportation system. The report also called for increased capacity for the freight transportation system, improvement to road safety and additional truck parking, and a permanent fix to the federal. The Highway Trust Fund is a fund that relies on gas and diesel tax to assist states in highway maintenance, but so far is falling short. If fixed the trust fund could be a long-term, sustainable source of revenue to support the improvement of the freight network.