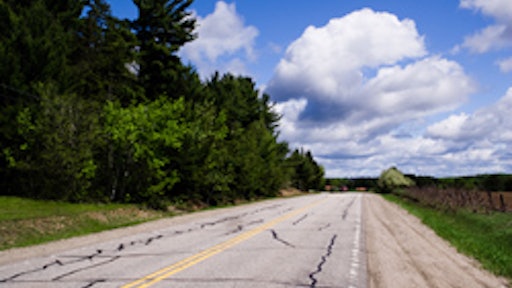 Concerns for the nation's infrastructure clearly topped the list of most urgent issues. Time and again conference participants pointed out that the U.S. transportation and infrastructure system, once a marvel of the modern world, has been stretched beyond its capacity and has fallen into disrepair. In fact, a decaying transportation system costs our economy more than $78 billion annually in lost time and fuel. One-third of our major roads are in poor or mediocre condition, and a quarter of our bridges are structurally deficient or functionally obsolete. By 2020, every major U.S. container port is projected to at least double the volume of cargo it was designed to handle. Our inland waterways and railroads also need serious attention and new capital.

The consensus was that the consequences of inaction are unacceptable, and that something must be done — now. But the question is: With such a complicated issue, what could be done to tackle such a looming challenge? Janet Kovinoky, director of transportation and infrastructure at the U.S. Chamber of Commerce, shared her insights on this complicated issue and how her organization currently is advocating for a comprehensive approach to solving the nation's transportation infrastructure crisis. Specifically, the Chamber believes that a multimodal and intermodal vision must increase capacity, reduce congestion and improve the efficient, safe, sustainable movement of goods and people throughout the country and world.

In fact, labor issues were weighing heavily on the mind of David VanderPol, president of Oak Harbor Freight Lines, a regional LTL carrier serving the Northwest and recipient of NASSTRAC's Carrier of the Year award for the past three years. VanderPol said that although his company was 100 percent operational despite an ongoing strike by the Teamsters union, the company was working hard to offer guaranteed services — including standard and hour-specific deliveries. VanderPol said at least 95 union members had already crossed the picket line and returned to work.

"We continue to grow our business back in all of our districts throughout the system," he said. In a formal statement, Oak Harbor said it had hired at least 40 permanent replacement drivers at that time. The strike by about 600 members at Oak Harbor began September 22. Labor issues continue to be a primary concern for many carriers operating in a union-based environment.

Global trade's impact on U.S. transportation and infrastructure was also a hot topic, as discussed by Paul Bingham, principal with Global Insight and an economic and trade forecasting expert, and Chris Norek, Ph.D., senior partner with Chain Connectors. They spoke about trends in global trade, domestic challenges and ways to cope. In particular, they pointed to consequences of growth for available capacity. What are we likely to see without more capacity?

What can we see from government? More mileage-based or ton-mileage fees for highway use as more toll roads, including potential truck-only lanes. For all modes, ever tighter emissions limits, alternative fuel equipment mandates, new operating restrictions, new taxes and more user fees. You can also expect to see further logistics workforce regulations in security and safety. Also, higher productivity equipment, including higher truck size and weight with perhaps user fees. Lastly, you may see subsidies and tax benefits for environmental reasons alone.