President Biden is calling on Congress to make sure that the gas tax holiday has no negative effect on the Highway Trust Fund. But, critics feel otherwise. Let's discuss. 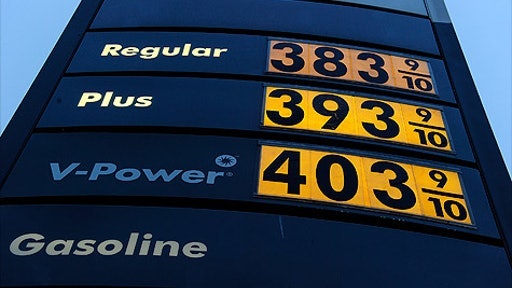 For many Americans, filling up at the gas tank can be somewhat taunting. I know, even for myself, to fill up my Ford Escape has jumped from $35 to close to $60 in just a few short months.

Fortunately I work from home, but for the more than 3.5 million truck drivers in the United States, the frustration at the pump is more complex.

That’s why President Biden called on Congress to temporarily suspend the federal gas tax to give U.S. drivers “just a little bit of breathing room.”  This would amount to savings of about 18 cents per gallon of gasoline and 24 cents per gallon of diesel through the end of September.

But, how will this tax break impact the Highway Trust Fund, which finances most federal government spending for highways and mass transit. Revenues for the trust fund come from transportation-related excise taxes, primarily federal taxes on gasoline and diesel fuel. This means that reducing the federal gas tax could possibly impede on projects specifically tied to the Highway Trust Fund.

Yet, President Biden is also calling on Congress to make sure that the gas tax holiday has no negative effect on the Highway Trust Fund.

“With our deficit already down by a historic $1.6 trillion this year, the President believes that we can afford to suspend the gas tax to help consumers while using other revenues to make the Highway Trust Fund whole for the roughly $10 billion cost. This is consistent with legislation proposed in the Senate and the House to advance a responsible gas tax holiday,” a White House press release states.

However, Jim Ward, president of the Truckload Carriers Association, says that “implementing federal or state gas tax holidays would significantly starve the Highway Trust Fund of much-needed financing and directly undermine industry and policymakers’ ability to implement the newly-won infrastructure law. Trucking, an industry directly reliant on fuel, unequivocally understands the cost of rising fuel prices, however we do not support short-term solutions at the sacrifice of long-term progress toward a better-funded and more-reliable national infrastructure network.”

“The Highway Trust Fund is already facing expanding structural deficits and needs greater investment moving forward – instead this policy would erode the funding we need to rebuild our nation’s roads and bridges,” Ward says.

According to a New York Times article, “Congress has not increased the federal gas tax since 1993. But it has never lifted the tax either.”

So, what’s next? Not sure. Let’s see how this all pans out and revisit.