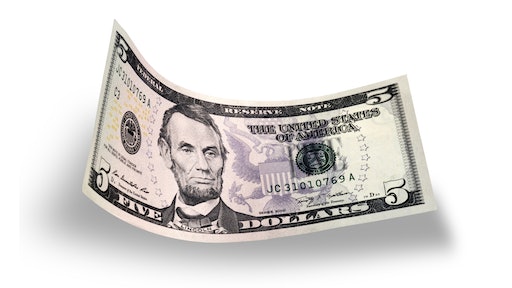 New York—Oct. 15, 2015—Sentiment regarding the direction of the global economy took a sharp turn downward among U.S. industrial manufacturers, according to the Q3 2015 Manufacturing Barometer, released by PriceWaterhouseCoopers (PwC U.S.). Global concerns also served to moderate optimism regarding the domestic outlook, while slowing plans to hire more workers. At the same time, capital and operational spending forecasts among U.S. companies remained healthy.

During the third quarter of 2015, optimism regarding the direction of the global economy dropped to 23 percent from 38 percent in the previous quarter and 30 percent in the third quarter of 2014. In addition, pessimism rose to an equal level with optimism (23 percent), reflecting an uncertain outlook for international commerce. Further, 40 percent of respondents indicated they believed the world economy was declining, showing greater concern than in the previous quarter (25 percent in Q2).

“U.S. industrial manufacturers became increasingly cautious on the outlook for the global environment as they assessed the impact of the slowdown in China and the strengthening dollar,” said Bobby Bono, PwC’s U.S. industrial manufacturing leader. “Despite the downward turn in overseas sentiment, overall domestic growth prospects remained healthy, and manufacturers continue to focus on further strengthening core products and services. They are keeping their cash at home and directing investment toward enhancing their value propositions in an effort to remain competitive and drive future revenues.”

As a result of the decline in global sentiment, U.S. industrial manufacturers scaled back hiring plans in the third quarter, with only 37 percent planning to add employees to their workforce over the next 12 months, down 15 points from the 52 percent level indicated in both the second quarter and year ago comparable period. The total net workforce growth projection in the third quarter was minus 0.2 percent, indicating further cutbacks in hiring among industrial manufacturing firms.

Among the minority of panelists planning to hire within the next 12 months, the most sought-after employees will be blue-collar/skilled labor (23 percent) and professionals/technicians (25 percent). Limited white-collar support, middle management and sales/marketing hiring is planned. “The drop in hiring plans may indicate an expectation for slower growth in the near future,” Bono added. “Management teams will likely intensify avenues to improve productivity across their organizations, while continuing to search for professionals with strong technical skills.”

Despite the tempered global outlook, 37 percent of U.S. industrial manufacturers surveyed plan major new investments of capital during the next 12 months, up slightly from the second quarter and same period last year. In addition, the mean investment as a percentage of total sales was a moderately high 5.6 percent, well above 3.3 percent in the second quarter and on par with 5.7 percent in last year’s third quarter. Operational spending plans remained healthy as well with 82 percent indicating plans to increase operational spending, up from 75 percent in the second quarter and 69 percent last year. Leading increased expenditures were new product or service introductions (48 percent), research and development (37 percent), business acquisitions (23 percent) and information technology (IT) (22 percent).

“In the face of global uncertainty and the impact of a strengthening U.S. currency, management teams continue to focus investment on developing new products and driving innovation in an effort to sustain and build market share,” Bono added. “Companies are doubling down on what they do best and aggressively building their competitive moats. At the same time, they are continuing to pull back from overseas expansion, with only 5 percent indicating plans to open facilities abroad.”

Looking at perceived barriers to entry, monetary exchange rate became the leading headwind to growth over the next 12 months, as indicated by 38 percent of respondents. A year ago, it was only 14 percent (24 points lower). Typical barriers to growth—lack of demand (32 percent) and legislative/regulatory pressures (25 percent)—were lower as monetary exchange rate took center stage.

PwC also surveyed respondents on investment in IT, and found that 80 percent of manufacturers report having a multiyear plan (3-5 years) that addresses business capabilities and processes, as well as IT systems. Industrial manufacturing companies’ IT investments are made primarily to reduce costs (84 percent) and support growth (72 percent). Overall, 90 percent are planning to invest in IT technologies over the next 12 to 18 months, with upgrading infrastructure the leader at 82 percent.