UPS expects to save more than 1.5 million gallons of fuel and reduce carbon dioxide emissions by more than 14,000 metric tons 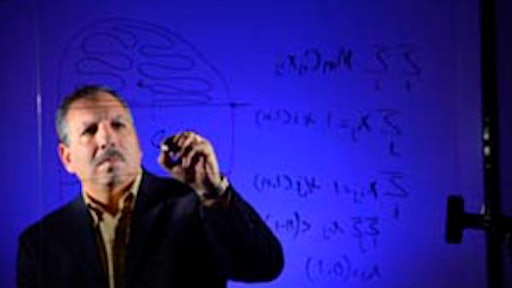 Atlanta—Nov. 1, 2013—UPS announced the launch of its route optimization software known as ORION, which stands for On-Road Integrated Optimization and Navigation. ORION has a team of 500 dedicated resources to move the U.S deployment forward as UPS nears its busy holiday season. The rollout of ORION is going to optimize 10,000 delivery routes by the end of the year, reduce miles driven and reinforce UPS’s sustainability efforts.

Most routes implemented with ORION show a mileage reduction. By the end of this year, the company expects to save more than 1.5 million gallons of fuel and reduce carbon dioxide emissions by more than 14,000 metric tons. A reduction of just one mile each day per driver over the course of a year saves the company up to $50 million annually.

Tom Davenport, a co-founder of the International Analytics Institute and professor at Babson College, states, “UPS is one of the best examples of pushing analytics out to front-line processes—delivery routing in particular. This initiative, ORION, is arguably the world’s largest operations research project. It relies heavily on online map data and optimization algorithms, and will eventually reconfigure a driver’s pick-ups and drop-offs in real time.”

ORION is the result of a long-term operational technology commitment, more than a decade in the making. To gather the necessary data, UPS operations research scientists began piloting telematics technologies with the installation of advanced global positioning system (GPS) tracking equipment and vehicle sensors in 2008. The integration of these technologies allows UPS to capture data related to vehicle routes and performance, and driver safety. The driver’s handheld mobile device and telematics technologies, combined with custom mapping data and ORION algorithms, provide more efficient routes for UPS drivers.

UPS prototyped ORION technology at 11 different sites between 2008 and 2011, and engaged senior UPS drivers to “beat the computer.” This challenge helped to identify business rules to bolster the algorithm.

The number of route combinations a UPS driver with an average of 120 daily deliveries could make is a number far greater than the number of nanoseconds the earth has existed. ORION is constantly evaluating routing options up to the moment a driver leaves the UPS facility. At full deployent, it can run tens of thousands route optimizations per minute.

ORION also enables future enhancements to the popular MyChoice service, providing close to 6 million consumers with the flexibility over their home deliveries by way of rerouting shipments, and adjusting delivery locations and dates.

U.S. deployment to nearly all 55,000 routes is planned to be completed in 2017 and global deployments are planned for the future.

UPS Gears up for Holiday Logistics