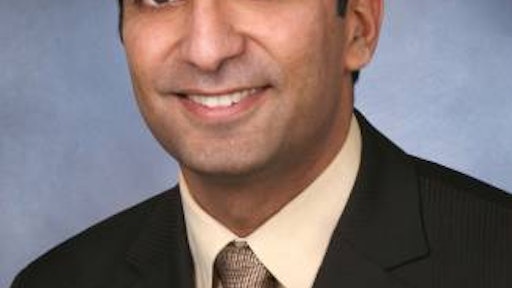 Washington, DC — April 28, 2009 — A new organization has launched to promote reform in the federal acquisition system, aimed at bringing ongoing procurement reform to the way the federal government conducts its buying.

The Federal Acquisition Innovation and Reform Institute, or FAIR, is being set up to be a nonpartisan, nonprofit organization led by Raj Sharma, president and CEO of Censeo Consulting Group, who will act as president and co-chair of the board for the organization. Allan V. Burman, president of Jefferson Solutions and former administrator of the Office of Federal Procurement Policy, will be co-chair of the board.

Additional board members include David Nelson, former senior executive in procurement with Honda of America and chair emeritus of the Institute of Supply Management, David Litman former senior procurement executive for the U.S. Department of Transportation, and Joseph Sandor, Hoagland-Metzler professor of supply chain management at Michigan State University, one of the leading supply chain programs in the world.

"Through FAIR, we will work with key constituencies to promote a federal acquisition system that continually innovates to meet government policy objectives, exceeds world-class standards of performance and ensures the prudent use of taxpayer dollars," said Sharma.

Sharma added that the goal of the new organization is to bring innovative solutions based on commercial and federal best practices that are practical for the complex federal environment. "We will stress the need for acquisition reform to be as comprehensive as possible, elevating the current discussion from tactics, such as types of contracts, to a more strategic one that focuses on the outcomes and capabilities required of a world-class acquisition system," he said.

FAIR believes the work it will be doing is unique because it will bring together leading ideas and thinking not only from government acquisition experts but also from leading commercial practitioners, academics and industries. "With a singular focus on the acquisition system, FAIR will provide an important link between policy and execution," the organization said in announcing its launch.

"Right now the federal acquisition system is facing a unique challenge," said Burman. "It is being charged with spending billions of dollars in stimulus funds with an emphasis on speed and transparency."

Burman said that much of the attention has been on planning for audits and investigating how the money was spent. "In addition to those necessary steps, we think the reform and innovations should start at the very beginning of the process so the money is spent wisely to begin with," he said. "We believe that through planning, collaboration and reforms at all levels of the acquisition process, this can be a watershed time of change not only for the country but for the acquisition community. We should, as President Obama says, turn challenges into opportunities."

The Institute's initial priorities will be providing input and recommendations to decision makers within OMB, Congress and federal agencies on acquisition and workforce reform, as well as implementation of the stimulus funding. A white paper with recommendations was recently released by Raj Sharma making recommendations for collaborations among agencies. A copy of that paper can be found at the institute's Web site.

FAIR plans to continue publishing research, bring together policy makers through conferences and events, and act as resources for Congressional leaders as they address the issue of acquisition reform. The initial funding for FAIR is being provided by Censeo Consulting Group.

The institute's board will be comprised of five initial members, including: