Gartner analysts say revenue is rising but recovery is patchy; US, Western Europe see weakness in second half of year, while Eastern Europe and Asia/Pac steam ahead 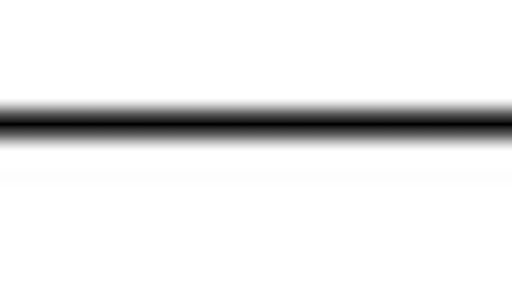 Stamford, CT — September 20, 2010 — Worldwide enterprise software revenue is on pace to surpass $232 billion in 2010, a 4.5 percent increase from 2009 revenue of $222.4 billion, according to the latest forecast from industry-watcher Gartner.

The enterprise software market is projected for continued growth in 2011, with revenue forecast to reach $246.6 billion. Through 2014, the market is expected to reach $297 billion at a five-year compound annual growth rate (CAGR) of 6 percent.

"After declining 2.6 percent in 2009, the worldwide market for enterprise software is recovering well, with signs of continuing growth on the horizon," said Joanne Correia, managing vice president at Gartner. "Aging systems, as well as greater demand for security and aligning software with business requirements, are key decision factors for end users increasing their spending within the infrastructure software market."

Some regions will fare better than others, with five-year CAGRs to 2014 varying from 2.7 percent in Western Europe to 11.5 percent in Asia/Pacific. Emerging regions, such as Asia/Pacific and Latin America, which were less affected by the latest economic downturn than the US and Europe, are expected to invest heavily in enterprise software initiatives in the next few years as they continue to round out the IT infrastructures necessary to do business.

"These earnings were driven primarily by pent-up software demand, and with that demand having been mostly satisfied, somewhat slower growth is expected for the latter half of 2010," said Colleen Graham, research director at Gartner. "A loss of momentum and general economic weakness will drive some organizations to exercise caution in end-of-year software purchases. However, despite these challenges, key markets such as virtualization, operating systems and security are expected to finish the year with double-digit growth."

The Europe, Middle East and Africa (EMEA) region will see a fall in enterprise software spending this year. Gartner estimates 2010 revenue at $64.5 billion, a 3.4 percent decline from 2009 revenue of $66.8 billion. In 2010, the majority of software market segments are predicted to see a slight decline in EMEA, although by 2014 the market is expected to reach $76.2 billion.

The slow rebound of the market in Western Europe — which in 2010 and 2011 is set to post only a mild recovery — is in striking contrast with Eastern Europe and the MEA region. Gartner analysts said Eastern Europe is proving to be a highly volatile region, with a boom and bust tendency, which can bring huge gains to companies that invest during good years (e.g., 2007 and 2008) but great pain in years of recession (e.g., 2009).

"The story in Western Europe at the moment is the duality of the situation, with Germany leading the rebound, France following behind, and the U.K. and the Nordic countries showing promising prospects, while Ireland, Spain, Portugal and Greece are still struggling with weak performances," said Fabrizio Biscotti, research director in Gartner Europe. "This is leading to a 'polarization' of performances in the software market, with the countries that are leading the recovery being more proactive on the software purchase front, while those that are still languishing in recession are missing out on the more innovative software investments. By 2011 this could lead to an even larger gap between the size and growth rates of the software markets in these of countries."

Asia/Pacific (excluding Japan) is expected to have the fastest growth in software revenue of all the regions in 2010. The market for enterprise software in Asia/Pacific is estimated to reach $22 billion in 2010, up 13 percent from 2009 revenue of $19.5 billion. Gartner believes that both enterprise application and infrastructure software will demonstrate a strong rebound in 2010, and this positive momentum is expected to continue through 2011.

"China and India continue to be the growth engine of the software market in the region and currently represent the largest and the fourth-largest software markets in Asia/Pacific," said Yanna Dharmasthira, research director at Gartner. "This should continue due to China's fast-growing economy, sheer market potential, and fragmented and currently relatively low software penetration. India also has much local market potential, while the country's continuing integration with key global economies is generating software revenue growth in all key industries."