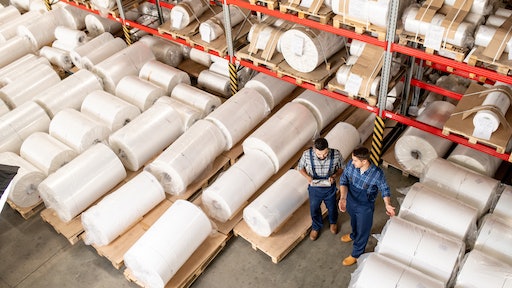 In 2021, cost of energy went up globally, thereby increasing the total cost of production. In Europe, gas prices surged more than 8x, while power costs jumped 5x. Currently, with Russia curbing gas supplies, there is no relief in sight. Additionally, in Asia, the average cost of electricity in China rose 2–3x to CNY0.51/kWh in December 21 from CNY0.18/kWh in Jan. 21 due to the implementation of the dual control policy and a marginal price hike in the U.S. Energy cost is likely to remain a concern in 2022 as well.

Growth in PE prices was ascribed to the increased prices of raw materials, i.e., monomer (ethylene), crude oil, and naphtha. In the last two years, monomer (ethylene) prices surged 30–40% in Europe and Asia, followed by a 20% increase in the U.S. Prices are expected to remain elevated in Europe, as ethylene refineries in Hungary, Slovakia, the Czech Republic, Poland, and the former East Germany will experience supply cuts from the Druzhba pipeline, which moves crude oil from Russia to Europe. Moreover, Western countries have issued sanctions on Russia due to its ongoing conflict with Ukraine.

The increased price of feedstock (crude oil, naphtha) aggravates the situation for PE prices. Crude oil prices climbed 74% to $70/bbl in 2021 from $41/bbl in 2020. The prices have reached $116/bbl in March 2022 due to increased tensions between Russia and Ukraine. Naphtha prices rose about 80% to $642/MT in 2021 from $358/MT in 2020 and are expected to rise further by 30–40% due to higher crude oil prices. Naphtha supply has been limited due to lower oil production, as the consumption of oil was limited during the pandemic.

A multifold increase in ocean freight rates and growing terminal congestion adversely impacted the import of raw material. Logistics cost witnessed strong growth up to 8x from China to Europe and from the U.S. to Europe. For example, ocean freight rates from Asia to North Europe stood at $13,000–14,000 per 40 ft container in 2021, which is 500% higher than a year ago. Ocean freight terminal congestion at major U.S. and European container ports reached new highs, with little indication of improvement amid sustained demand for ex-Asia goods. In 2021, the U.S. and U.K. had the highest dwell times per container, averaging at 50 and 51 days.

The trend of ongoing shipping delays, lack of containers, shortage of truck drivers, and higher freight costs is expected to continue in 2022, resulting in lower imports in the market.

Globally, PE witnessed robust demand in 2021, which is expected to grow by a higher single digit across geographies in 2022, led by packaging for health, hygiene, and other products. The U.S., Europe, and China together account for 64% of global demand as opposed to 31% for the developing world. On the other hand, PE demand in China is estimated to rise at 4% in 2022 compared to 6% last year. This can be attributed to China’s target of making GDP growth less commodity-intensive and heavy restriction on usage of single-use plastics.

Geopolitical issues have created imbalance in the supply-demand of PE. Increased tension between Russia and Ukraine would impact the availability of energy and transportation from China and the U.S. to Europe.

Impact on Energy: Many European countries heavily depend on Russian energy, particularly gas, which comes through pipelines. Hence, Europe is reluctant to cut off Russia from the international payment system SWIFT. Germany has indefinitely suspended the new Baltic gas pipeline Nord Stream 2, which has led to an increase in gas prices in Europe.

Impact on Transportation: Ocean shipping and rail freight rates would be affected by the Russia and Ukraine conflict. Trains from China to Europe are being rerouted from Ukraine. Countries such as Lithuania are likely to see severe disruption in rail traffic due to sanctions against Russia while ship owners have started to avoid Black Sea routes. In addition, ocean freight rates, which were already high, are forecast to increase further.

PE prices are expected to surge further in 2022 – Europe would see prices increase by 5–8% and Asia by 5–10% – due to the continued rise in cost of energy, raw material, and logistics. In contrast, the U.S. is anticipated to see marginal reduction in PE prices with new capacities coming online in 2022. PE production in the U.S. is likely to reach 9.3 million tons in 2022, around a million tons higher compared to 2020, as leading PE producers, such as Shell Chemicals, ExxonMobil, and Sabic, are planning to set up new plants in 2022.