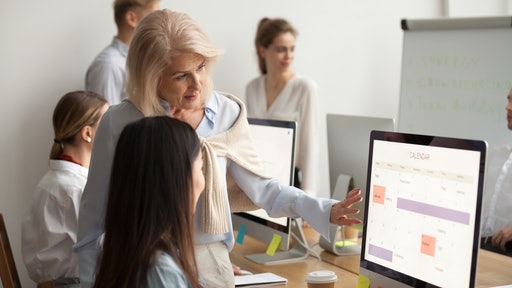 BT Group is the UK’s leading telecommunications and network provider and a leading provider of global communications services and solutions, serving customers in 180 countries. Its principal activities in the UK include the provision of fixed voice, mobile, broadband and TV (including Sport) and a range of products and services over converged fixed and mobile networks to consumer, business and public sector customers. For its global customers, BT provides managed services, security and network and IT infrastructure services to support their operations all over the world. BT consists of four customer-facing units -- consumer, enterprise, global and its wholly-owned subsidiary, Openreach, which provides access network services to over 650 communications provider customers who sell phone, broadband and Ethernet services to homes and businesses across the UK.

Procurement at BT is a far-reaching function. BT provides landlines and broadband across the United Kingdom, including infrastructure servicing and maintenance through a fleet of thousands of service vehicles and technicians. Its retail cell phone business is the largest in the country. Internationally, it supplies fiber optic cables, global security, and cloud services to multinational corporations. Eight years ago, it launched a television subscription service that included a sports broadcasting network, television studios, and currently serves around 2 million subscribers. Procurement for so many operations in so many markets is a complex and multifarious endeavor.

By 2020, BT found itself with legacy procurement systems and inefficiencies. Even operating within these technological challenges, the company’s procurement team had been successful in meeting the demands of a £23bn multinational. But, to help add more value to the company, BT wanted to rapidly digitize their procurement systems, bringing more spend under the management and monitoring the procurement function while making life easier for the thousands of purchasers around the organization. BT wanted to address the entire procurement function in every department in every country, from sourcing and contracting, all the way through to payment and analysis of spend.

“When you operate over such a wide number of industries, with tens of thousands of staff in more than a hundred countries, there is inevitably a dense spectrum of problems that you need to fix,” says Adam Brown, senior transformation manager at BT. “We did not want to take a traditional iterative approach. Instead, we wanted to look far ahead and leapfrog current technological standards so that we could be state-of-the-art for many years to come.”

Brown—and BT’s new chief procurement officer Cyril Pourrat—identified tail spend as a key candidate for helping procurement realize major savings and add value to BT. For large multinationals, tail spend—the many spot-buys and indirect purchases that fall outside the procurement team’s management—is often hard to identify. Thousands of buyers around the company could be spending millions of dollars with hundreds of suppliers. All this spend is often entirely opaque to the CPO’s team.

“We tend to have a long tail of spend,” says Brown. “We’re using lots of suppliers all over the world, and we have to onboard every one of them. Naturally, the procurement team’s focus is always going to be on the big spends and key purchases. So, the challenge is to effectively manage the tail without adding complexity or effort to either the procurement team, or buyers located throughout BT.”

Brown and Pourrat were not interested in putting procurement’s hands on each and every transaction. Their goal was to implement an automated system that gave power and ownership to BT staff around the world, while also providing a better way to track and monitor spend.

After thoroughly researching BT’s potential tail spend exposure, Brown set about looking for a solution. He reviewed a number of companies before eventually approaching Fairmarkit. Brown says a big part of BT’s interest in Fairmarkit was that it seemed to deal with a critical requirement of BT’s procurement needs -- How to make the procurement process minimal touch for staff and effortless for buyers.

“If we could do the transactional piece with minimal touch from the procurement team, then we could free them up to drive more value,” he says.

BT conducted a trial with Fairmarkit on part of its North American operations. Brown’s goal was to see if Fairmarkit could find tail spend that BT had already committed to spending and then drive more savings, value and compliance of that spend. After a successful U.S. trial, BT ran a second test in its UK operations and found similarly successful identification of tail spend. During the trial, BT found savings by intercepting the purchase requests of already-committed spend.

“We found hard cost savings—not some esoteric or theoretical ‘potential’ savings,” says Brown. “So, from my perspective there was no need for further proof of how these savings could improve the bottom line—such as examining account forecasts versus reality, foreign-exchange fluctuations or volume changes.”

In short, BT was able to use Fairmarkit to examine committed budget and reduce costs in real time.

“I’m very excited about how this now evolves across our business in countries beyond the US and UK,” says Brown. “The definition of the tail varies from country to country. It’s exciting to know that we will soon see that come to fruition and start driving savings around the world. My goal is for many categories of spend, BT will move to a fully automated, zero touch world.”

Brown holds the automation that the Fairmarkit platform provides in high regard. He envisions automation dramatically helping buyers across BT to find and vet suppliers, raise purchase requests in real time, generate contracts and purchase items that are automatically validated with the company’s rate card and compliance criteria.

Brown says the BT procurement team believes the Fairmarkit platform and analytics will be useful for gleaning deep insight into the organization’s sourcing and spend. Their goal is to reduce the manual work required to produce reports while at the same time increasing the visibility of sourcing through a central dashboard and the ability to quickly generate data-driven reports.

“I’m looking forward to a bright future with Fairmarkit, where over the long term they get to know us better as an organization,” says Brown. “The true value of that partnership will be their ability to better understand our ways of working and being able to criticize and challenge us to improve. That's what I fully expect from our partnership.”