Many of today's supply contract terms aren't protecting suppliers through delays. Here's some things to consider when devising -- and updating -- your supplier contract. 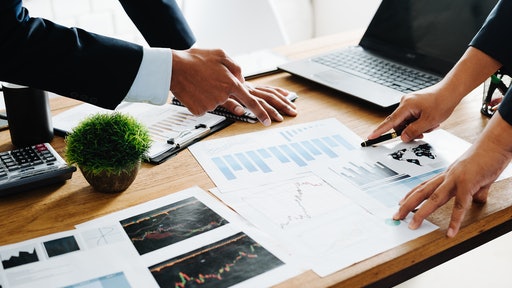 Brexit, the Coronavirus disease (COVID-19) pandemic, severe weather conditions, Suez Canal congestion, political instabilities, unexpected disruptive events affecting supply chains around the world are manifold and are likely to increase in frequency and severity. If such events cause delay, suppliers and customers often discover that their supply contract terms do not protect them in the way that they thought they would.

The common law doctrine of frustration of a contract applies only where performance has become practically or legally impossible. It is rarely a suitable remedy.

Therefore, parties to a supply contract are well advised to include provisions that allows them to clearly allocate the risk of loss caused by a delay.

1.      Contractual indemnities can be a useful tool to protect a buyer against potential losses associated with delayed delivery or non-delivery. Whilst the buyer may not itself suffer loss, its customers might (e.g. construction is halted due to unavailability of delayed goods). They will then seek compensation for their loss from the buyer. Under standard terms of sale for goods, the supplier’s liability for such “third-party claims” will commonly be excluded and cannot be recovered. An indemnity that covers the buyer against such loss is advisable.

An indemnity can cover the supplier against loss where the buyer becomes unable to take timely delivery of goods, particularly, where goods are perishable or bespoke and cannot easily be sold elsewhere.

2.       It is often very difficult and time consuming for a buyer to establish actual loss caused by delay. A “liquidated damages” clause can provide a suitable solution.  These clauses provide that upon the occurrence of a certain type of breach (e.g. delayed delivery) a fixed sum is to be paid (e.g. a fixed rate for each day of the delay). The advantage of such clause is that the claimant does not have to prove its loss when making the claim, nor will the claim depend on the interpretation of clauses capping liability or excluding certain heads of liability such as lost profits.

Liquidated damages clauses are an adequate way to deal with minor contractual breaches such as delayed performance. As the level of compensation is an agreed remedy, such clauses can also help preserve the commercial relationship despite a poor performance.

3.       Termination of the agreement for breach ends the commercial relationship and is therefore a remedy of last resort only. As commonly only “material” breaches entitle the aggrieved party to terminate, disputes can arise, whether a mere delayed delivery is sufficiently “material” for this purpose. Therefore, if timing of delivery is important, then time of delivery should be expressly stated to be “of the essence” of the agreement. If time is “of the essence”, then late delivery should entitle the buyer to terminate the agreement and claim for damages. There is some authority to suggest that in the case of perishable goods, time of delivery is of the essence by implication. However, this is not settled law and should not be relied upon.

If the contract is silent on this issue, and delay occurs, then the buyer can make time for delivery “of the essence” by giving notice to the supplier stating that it must deliver the goods within a reasonable deadline failing which the buyer will terminate and claim damages.

4.       Long-term supply contracts usually determine minimum supply/purchase quantities. Specific remedies to deal with shortfalls on either side should be incorporated. These remedies could include compensation for any increased prices that the buyer has to pay a third party to obtain similar goods elsewhere. The supplier, on the other hand, will insist on an express right to get paid for the shortfall in quantities purchased or to reflect the shortfall in a price adjustment.

Often overlooked is the importance of adequate forecasting provisions. Regular and frequent forecasts provide an early warning system, if a party’s ability to supply or receive goods is impaired by an unexpected event. This often enables the parties to enter into a dialogue to resolve the problems or to adjust the contract by agreement.

5.       Other remedies could include insurance, rights to adjust prices for the goods depending on performance and performance guarantees from group companies. A long-term commercial relationship is more likely to survive a crisis if the risks and costs are clearly allocated and regulated in the contract.