The discovery of oil and natural gas in the region has reignited territorial conflicts between Turkey and Greece, both of whom are members of NATO. 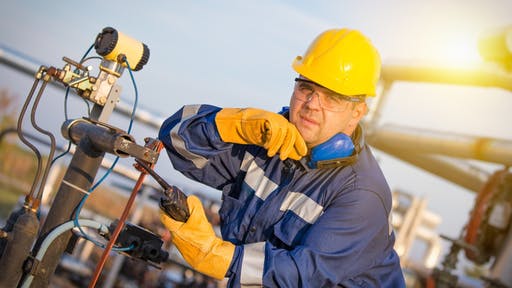 While the Mediterranean Sea as a whole has been the center of oil and gas explorations, it is in the Eastern Mediterranean Sea that massive gas fields exist. According to a 2010 study by the U.S. Geological Survey, the Eastern Mediterranean could hold as much as 122 trillion cubic feet of natural gas in total, equivalent to the reserves of Iraq. However, the discovery of oil and natural gas in the region has reignited territorial conflicts between Turkey and Greece, both of whom are members of NATO.

Turkey has always felt that the Treaties of Sèvres and Lausanne were not only humiliating, but that they stripped the country of valuable territory, which is now very financially, economically and logistically promising. In addition to Turkey and Greece, the discovery of gas affects Cyprus, Lebanon, Israel, Syria, Jordan, Egypt and Libya. But, for Turkey especially, it could be a means to leverage itself into a stronger regional power.

In addition, Turkey felt that excluding it from the regional energy development talks in the Eastern Mediterranean was a slap in the face. As a result, both Turkey and Greece are boosting their military presence in the Eastern Mediterranean Sea. There is no doubt that two events emboldened Turkey’s actions; the world is busy fighting the Coronavirus disease (COVID-19) and the strides made in technological advancement have made manufacturing and acquiring weapons a lot cheaper than they used to be.

1.     Rethink your supply chains by examining the geographical locations, financial and logistical strengths, weaknesses, agility and resiliency of suppliers.

2.      Add 2-3 weeks to transit times. This will protect you from unexpected weather delays, blank sailings, removal of ships form service or even the cancellation of sailings altogether if the conflict escalates and waterways and bridges are closed.

3.      Increase lead time and inventory level, which may seem expensive at first, but will actually be less expensive in the long run, when you will be forced to resort to shipping by air in order to maintain a high service levels and promises to customers.

5.      Increase buffer stock and inventory when necessary; doing so won’t necessarily reduce cash flow if you negotiate good credit terms with your suppliers.

7.      Assume the worst-case scenario and have alternative procurement sources should sanctions be imposed or should war break out.

8.      Account for the increases in duty should the alternative suppliers be located in countries subject to higher duty rates.

10.  Avoid the carriers whose ships carry the flag of the conflicting countries.

11.  Monitor the financial stability of all links in the value chain frequently, especially the stability of ocean carriers given the consolidations and reorganizations that have been taking place lately.

12.  Make sure that the air freight cost is accounted for and that your customer will accept the additional charges should you have to resort to air lift any cargo. Having these contingency plans negotiated and agreed upon in advance will eliminate delays, surprises and even possible plant closures due to last minute disagreements.

13.  Communicate, plan and execute with internal and external stakeholders frequently.  Constant communication cannot be emphasized enough. So is the frequent evaluation of all suppliers and service providers for products, services and contract revisions if necessary due to the volatility and complexity of today’s supply chains.

14.  Stay abreast of events in the whole Middle East region given the daily geopolitical developments some of which may affect the movement of cargo between that region and the world.

This is a conflict that, at first sight, seems to be between Turkey and Greece, but in reality, is more complicated than that because now the United States and the EU are involved. As a matter of fact, the EU is considering sanctions against Turkey.

The best course of action would be for the clashing countries to renegotiate the treaties that caused their grievances, including but not limited to their territorial waters and the Law of the Sea.

Lastly, the latest military escalation was not the result of the discovery of gas only as it carries centuries of territorial and religious conflicts.

Act With Caution When Fixing Contracts

This past year pushed the supply chain to its brink, which is heavily detailed in this December issue of SDCE. As managing editor of the magazine, I'm proud to see what we have overcome as an industry but I'm cautious on what the future holds.
Brielle Jaekel
December 23, 2021
Follow Us