Reliability engineering deals with the estimation, prevention and management of engineering uncertainty and failure risks. 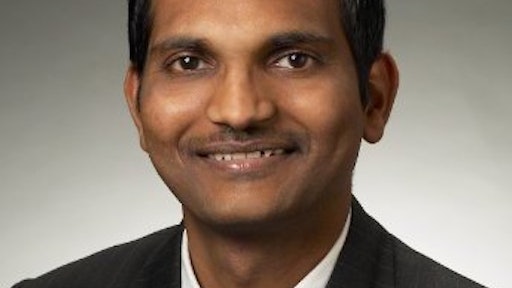 For many years, we have been successfully utilizing inventory management concepts such as safety stock, economic order quantity, cost of goods, inventory turnover and vendor-managed inventory, among others. As the title suggests, our discussion is focused toward managing maintenance, repair and overhaul (MRO) spare parts inventory. It is well understood that businesses have to maintain safety stock spare parts to support the unexpected breakdown of equipment, and it is fair to say that we need to find a balance between non-stock and stock items, and their minimum and maximum quantity.

I am going to label the scenarios as:

Most of the concepts that are widely used today operate under a huge assumption that the consumption is at a fairly regular frequency and reasonable quantity, or in other words, follows normal distribution. Before we go in-depth, I want to highlight that the above classification is for spare parts with a consumption history. So how do we determine the safety stock for new spare parts with no consumption history? This is another scenario that needs to be addressed. New spare parts are typically spares recommended by the original equipment manufacturer (OEM) when you buy new machinery.

I will use this post to explain the skeleton model and, in a later post, I will explain the various mathematical models in detail.

Maintain zero or one unit of stock by determining the item criticality level—vital, essential and desirable (VED) based on factors such as functionality, response time, lead time, commodity nature of the item, lifecycle stage, demand and price. Taking these factors into account, perform an analytic hierarchy methodology (AHM) and arrive at a quantitative score to determine the VED characteristic of the target item. Based on the VED label, maintain one unit in stock for vital items, and maintain no stock for essential and desirable items.

Consider a three-year (at least one year if data is not available) consumption pattern to determine the safety stock of the items. Based on the history, identify the input variables for the model such as daily mean, daily variance, maximum unit consumed in one instance and lead time. If the daily variance and the daily mean consumption of the item is within 10 percent, use Poisson distribution to determine the safety stock.

Poisson distribution is given by:

If the daily variance and the daily mean consumption of the item is greater than 10 percent, use the bootstrapping technique to understand the frequency and probability of consumption during the lead time of the item to maintain the target service level.

New Spare Parts or Items with No History

I reckon several not-so-common terminologies, such as AHM and bootstrapping, among others, were introduced in this post and I shall talk about these in detail, while I explain the model and methodologies in my next post.