Lighting Up the Procurement World 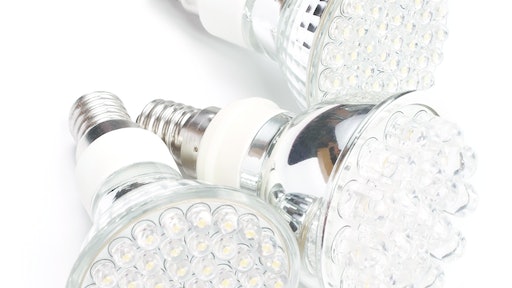 They say the neon lights are bright on Broadway, but that street’s got nothing on the Las Vegas strip and other casinos around the world.

For example, the Venetian and Palazzo, owned by Las Vegas Sands Corp., features convention and meeting rooms that span 340 distinct venues and more than 2.25 million square feet of flexible space, including the 85,000-square-foot Venetian Ballroom and the Sands Expo. The carbon footprint of all that incandescent and halogen lighting was massive.

To cut that footprint, and save money, the Las Vegas Sands procurement team worked with GE on an R&D project to switch to LED lamps without having to retrofit the entire property, said Michael Merlin, VP Global Procurement at Las Vegas Sands Corp. The result, halogen bulbs in the Venetian and Palazzo meeting rooms were replaced with more than 5,700 12-watt GE LED lamps with lifespans of 25,000 hours, which means fewer change outs. They also use 108 fewer watts per fixture and reduce the resort’s annual electricity use by more than 4 million kilowatt hours, saving more than $400,000 in annual lighting costs. Combined with earlier installation of LED lighting in more than 7,000 guest suites, the company’s annual spend on lighting has been reduced by about $2 million.

This is where procurement is going. It’s not just cutting costs and seeking the best prices anymore. A new study by Oxford Economics, in collaboration with SAP and presented at Ariba Live! 2015, points to five key findings. Oxford surveyed 500 executives and 500 procurement employees in 18 countries in North and South America, Europe, Asia and Scandinavia. The survey actually is a follow-up to one conducted five years ago called Vision 2020 to see how executives responded to the trends outlined in that earlier version; to determine what new challenges and opportunities executives and practitioners consider most important, and uncover where the gaps in understanding are between executives and practitioners. There are five basic areas covered:

“What was most interesting was the different perspectives of the executives and the practitioners,” said Edward Cone, Technology Practice Lead and Deputy Director of Thought Leadership at Oxford Economics. “I think it’s telling. It will be interesting to see the regional and industry breakouts [later in the process]. They really have different views of the future.”

For example, their differing views on procurement’s future are telling:

There also is a revealing difference between the way executives and practitioners view KPIs for to measure procurement success. There are a wide variety of measurements, including inventory turnover, supplier performance and stakeholder satisfaction. Those in the C-Suite ranked cost savings and avoidance at No. 1 (72 percent); inventory turnover/inventory activity at No. 2 (50 percent); and supplier quality/performance No. 3 at 49 percent.

Now, compare that to the practitioners’ responses. They cited number of touchless transactions as the No. 1 measurement KPI (56 percent); cost savings and cost avoidance at No. 2 (52 percent); and order cycle time as No. 3 (52 percent).

Another conclusion that is surprisingly different from the 2010 survey is that the flexible workforce is having an impact on the way procurement works. Well over half of the executives say the use of non-payroll workers (estimated at as much as 50 percent) is changing the way procurement operates. Procurement also is increasingly automating contingent workforce management, pointing to its growing importance.

To the question, “To what extent are you automating contingent workforce management today,” the executives said 60 percent and the practitioners 56 percent. When asked about two years hence, the responses were 83 percent (executives) and 63 percent (practitioners).

The same question asked about numerous other categories (spend analysis, strategic sourcing, operational procurement, supplier risk management, supplier performance management, etc…) showed that executives and practitioners were pretty much aligned today, but in two years, there was a significant difference between the two groups, with executives seeing much more automation.

Oxford’s Cone also points out that macro concerns still are top-of-mind for both executives and practitioners when asked which economic and technology trends they expect to have the most significant impact on procurement over the next three years. Globalization, commodity pricing and geopolitical issues are at the top of the list. Coming up rapidly are mobile technology, business networks, cloud computing and regulation. The talent issue, both skills and filling shortages, and big data also are on the radar.

Utilizing Fairmarkit, PCI has been able to manage over 800 MRO sourcing events across their two largest locations in the United States with no need to onboard additional headcount.
Fairmarkit
April 20, 2021

Businesses that have already embarked on digital transformation programs, including procurement automation, are now reaping the rewards and successfully navigating the disruption caused by the COVID-19 pandemic.
Valta Technology Group (Valtatech)
April 19, 2021

The key is to get ahead of consumer demand and ensure that your business is prepared to deliver consistently reliable customer service.
Rick Watson
April 17, 2021

COVID-19, One Year Later: Why the Healthcare Industry Needs Online Procurement in 2021

Online solutions can streamline the procurement, payment and analytics for hundreds to thousands of suppliers.
Amazon Business
April 14, 2021

While the Executive Order is a good first step, much work remains. A very close collaboration will be needed between the private sector and the government to make this effort a worthwhile and successful endeavor.
Coupa
April 13, 2021

Although an inability to influence supplier behavior might seem like a major barrier to a lean operation, it’s possible to overcome this by thinking differently about this issue.
Dr. Michael Sanders
Sean Fields
April 4, 2021
Follow Us