If procurement hopes to maintain a strategic partner within the supply chain, it’s time to dump its legacy systems and manual processes 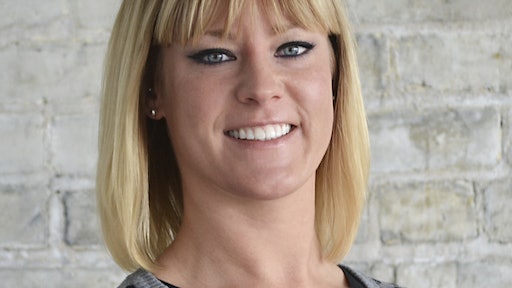 The term, the Internet of Things, started its upswing in 1999 and since became one of the buzzwords hawked by, well, nearly everyone. But what does it really mean and what are its implications for procurement? More importantly, how can procurement prepare for these implications?

Generically, according to Wikipedia, “The Internet of Things (IoT) is the network of physical objects or ‘things’ embedded with electronics, software, sensors and connectivity to enable it to achieve greater value and service by exchanging data with the manufacturer, operator and/or other connected devices. Each thing is uniquely identifiable through its embedded computing system, but is able to interoperate within the existing Internet infrastructure … The interconnection of these embedded devices (including smart objects) is expected to usher in automation in nearly all fields.”

Will IoT affect the role of procurement? The answer is a resounding yes. The IoT is going to affect procurement by reducing some replenishment requests to signals and automation. These signals may say “I’m empty” or “I need more.” After these signals are transmitted, the processes that the procurement function managed before still need to go through the same cycle—the difference being that it is more streamlined—but the same cycle philosophically of getting the replenishment approved.

Why Is Procurement Reluctant to Jump on the IoT Bandwagon?

Wikipedia foreshadows that the IoT is going to be nearly ubiquitous at some indiscernible point in the future, so why is procurement lagging behind manufacturing in implementing IoT now? Paul Noel, senior vice president at Ivalua, thinks, “It’s not as evident to procurement folks that there is a human element here that they need to fix. It is evident is in manufacturing. We can see people grunting and sweating and keeling over doing stuff, then machines are put in to place to do that, and we see the immediate benefits, including savings over time.

Noel offers an example: “Pretend there’s a vending machine in the cafeteria that, when it gets low on a certain specialty drink, it sends a signal to replenish it. And somebody set up the vending machine initially for two things: When it gets down to a certain replenishment level (like it only has two more of those drinks left), [the IoT sends a signal to] replenish 50 drinks. There are two numbers there: two, which is the trigger, and the 50 that’s the quantity of replenishment. So while that’s a relatively simple example, it’s possible that nobody’s taking those drinks over the two- or three-year period, and the vending machine finally gets down to two and orders 50 more.”

The crux of the situation (and what possibly worries procurement professionals) is that the vending machine is not going to cycle through another 50 specialty drinks for two years based on the last throughput. In that case, procurement would maybe adjust the replenishment to only 10 to save money (not to mention potential expiration date issues) and because consumers aren’t demanding that inventory anyway. Noel says, “You would want a human to make those choices, and some people in procurement are afraid that locking and loading it in the Internet of Things would make them undisciplined in continually looking at those things, and making adjustments that they deem as necessary.”

Noel believes that the IoT means an acceleration of the processes that procurement professionals are performing manually, and that one of the most mundane things that the procurement function is in charge of is measuring and decision-making about replenishment. The IoT can mitigate these kinds of simple tasks, in turn, freeing up human capital to concentrate on less mundane tasks.

“Procurement done well doesn’t do procurement. The procurement process is in a long cycle of trying to get to the point where the mundane is not something that humans are doing. The IoT has great potential and it’s a generic potential of making things communicate rather than having humans do it,” continues Noel. “That extends to the procurement area where things get used up or broken. When the machine itself sends signals through the ether, it takes a human out of the equation and out of the mundane. We don’t get rid of the humans, therefore, but we have to find something else that they can do that is really using what our brains are made for, so I think that’s the biggest implication here.”

Theoretically, as IoT becomes more established in the procurement field, its professionals may eventually focus on exception management, and setting up and monitoring the procurement IoT. “Basically, the ability to become an exception manager is that you don’t do the mundane, you do the exceptions to the mundane. That’s where you jump in as a human, and start to look at the factors and context, and think more globally about things.” Noel acknowledges that unless you have data management and processing software optimizing and helping with that operation and workflow, “the IoT can drown the procurement folks if they’re not careful.”

In other words, the IoT may exacerbate the issue of big data wherein the problem lies with not gathering data, but processing, interpreting and acting on it. After implementing the IoT, the procurement function may get inundated with many single signals demanding action as opposed to one aggregated request of many demands from a human. According to Noel, “If the IoT is automatically saying ‘I need something’ 50 times a day from all those machines for that month, you don’t want a process that requires you to spend the same amount of time on each one of those requests as you did for that one request that you manually did before. You have to have a different process or some automation around that” to make the IoT more viable.

In order to best prepare for the IoT onslaught, procurement professional should properly set up and maintain the IoT inputs, says Noel, and the best way for an organization to prepare for the IoT entering the procurement function is by implementing standard procurement software as an overlay on this. “The signals that are coming from the IoT need to be understood in their context and ongoing maintenance makes sure that you make those adjustments for those 50 drinks from our example.

“The IoT is not doing procurement, it’s things requesting replenishment and similar activities. If it was doing procurement, we wouldn’t be calling it the Internet of Things, we would be calling it artificial intelligence. We’re talking about individual machines talking about their status. So procurement, in order to be helped, is going to need to be tooled up or be in shape for the quantity of new signals that are going to be sent to it. And that’s going to be a necessary requirement. So keep plugging away and trying to make your processes as efficient as possible just to be ready for the world that’s coming toward you.”